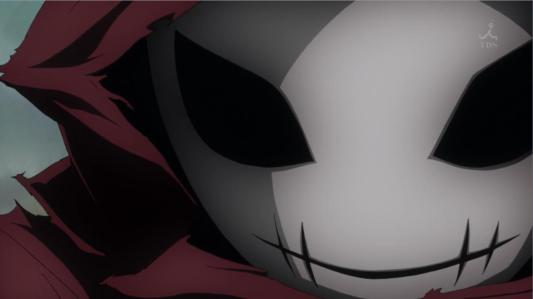 With the first week of Winter 2011 coming to a close, it’s time to look back and evaluate some of the shows that have aired. I’ve watched the first episodes several new shows: Kimi ni Todoke Season 2, Puella Magi Madoka Magica, Infinite Stratos, Yumekui Merry, Gosick, Freezing, and Beelzebub. I am also planning on watching Fractale and Wandering Son which air this week on the noitaminA block.

I’ve already written a mini-recap and my reactions to three shows I plan on blogging (Kimi ni Todoke Season 2, Puella Magi Madoka Magica, Freezing, and the fourth being Fractale) this season. Being my first season writing about anime, I’m attempting to be rather diverse in the genres I’m watching and writing about. You get a wide range of styles between shoujo/romance, magical girl/Shaft, fighting/ecchi, and fantasy/adventure. However, those four aren’t the only shows I’m planning on watching this season. In this post, I plan to give my opinion on the other four shows I’ve watched and my best guess as to whether I’ll finish the series out or drop it before the month ends.

Infinite Stratos (Brain Off) – The few reviews I’ve read about Infinite Stratos have been largely negative and seem to paint the show as some assembled jigsaw of clichéd elements of various anime genres. I tend to agree with those reviews, especially as the first episode progressed. The opening scene in the anime was a bedazzling dogfight showcasing the upper limits in which this anime can look. Unfortunately, after that, the anime converted itself into what seems like another generic school/harem show with weak characters, especially the lead male. That’s one genre I almost always try to stay away from since I usually never enjoy anything with those labels. It’s looking pretty doubtful, but I give shows 2 episodes unless I fall asleep during the first one. If there’s a well animated fight and a minimal amount of school or harem bullshit, then I may try to finish this series out.

Yumekui Merry (Brain Off) – Yumekui Merry seemed to be a little enchanting to me. The whole dream theme in this show is one aspect that works for me. The dream world full of cats had a dynamic atmosphere about it that seemed very authentic. Plus the villain (Chaser John Doe) in the first episode was pretty exciting as he was trying to capture the body of the lead male, Yumeji. I’d like to see what he’d do to the body to make it so he can enter the real world from the dream world. I hope to see more of him in the series. I’m not too impressed with the whole ability of ‘seeing colors which represent dream information’ the main character has. It will likely only be used a few times to advance the plot in various spots throughout the series, so it’s a non-factor for me. The characters were pretty meh but it was a first episode and it’s a bit unfair to judge anyone except Yumeji and Merry. Merry seems entergetic and driven, whereas Yumeji is not. So far, it looks like I’ll finish this series unless the show begins a nosedive but that seems unlikely at this point.

Gosick (Brain On) – Gosick’s setting is probably the best thing it has going for it, at least in my opinion. I’ve always liked stories, games, or whatever that take place in the era between the French Revolution and World War II in Europe. So pretty much anything set between 1799-1939 automatically will be appealing to me, regardless of form. This show takes place right after World War I in the made up country of European kingdom of Sauville. Hurray! Another plus is how the architecture and costumes match up nicely, helping solidify the time period and surroundings. As for the actual content of the show? To be honest, I was a little underwhelmed with the mystery but pleased by the cast. For a detective show, I was expecting a little more focus on the murder case and a little more competency by the inspector on said case. I am enjoying how the mystery was only partially solved and is continuing onto the next episode. Grevil, the inspector, is a pretty amusing character with one of the most wonderful (yes, that’s the adjective I’m using) hairdos I’ve ever seen in an anime. I can safely say that his personality makes up for his flaws at work. Victorique, the golden-haired, doll-like girl, is actually a pretty fun personality with how she interacts to the people around her and the world she finally gets to explore. However, this is the third show in a row with another lackluster male lead (and with the lead in Freezing already irritating, I see a common trend). Still, I feel that Grevil and Victorique can carry this series.

Beelzebub (Brain Off) – Beelzebub finally breaks the mold of uninteresting male leads this winter. Oga, however, seems to be alone as the only notable character in the series. While comedy is my favorite genre in anime, there’s just something about Beelzebub that I don’t find funny. To me, the first episode relied too heavily on physical humor, which kinda bored me after the nth time Beelzebub shocked everyone around him. The situational humor, however, was enjoyable but I never did actually laugh out loud at any point. I think I actually laughed more at Grevil from Gosick than I did throughout the entire first episode of Beelzebub. Perhaps I was spoiled by last season’s Ika Musume which tickled my funny bone every episode and left me with a smile on my face by the time the ending credits rolled. The story of Beelzebub is likable and Oga, being the main focus of the story, may be enough for me to keep watching this show. It certainly has potential. Being a delinquent, I’m expecting there to be some awesome fights in the near future and the cast that ran through the opening credits looks promising. Still, I’m hoping the comedy picks up in the next episode or so, since this was supposed to be my comedy show of the winter. If it begins to disappoint, I wouldn’t mind going back and watching a comedy that I currently have on hold.

Overall, this first week was a mixed bag for me. The week started off with a recap episode for Kimi ni Todoke which meant that I had to wait another week for the story to start up again. Madoka Magica and Freezing went above my expectations: Madoka for the mood it uses and the high level of detail and Freezing for its spotlight on action/fighting. Yumekui Merry and Gosick have their redeeming points and are likely shows I’ll be watching, whereas Infinite Stratos and Beelzebub have some work to do. This week will also air Fractale and Wondering Son, so I have those to look forward to as well.

This entry was posted on January 10, 2011, 8:00 AM and is filed under 2011 Winter, Anime, First Impressions. You can follow any responses to this entry through RSS 2.0. You can leave a response, or trackback from your own site.