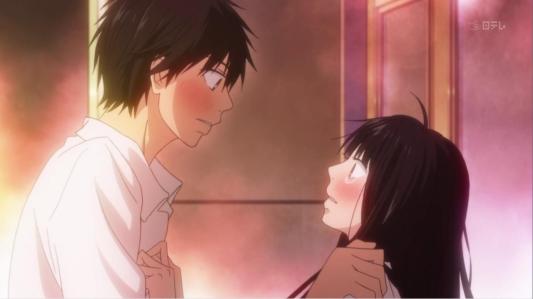 And with that, let the floodgates open!

The ninth episode of Kimi ni Todoke Season 2 was the one we’ve been waiting for.  Finally, we able to see Sawako openly confess her feelings to Kazehaya in the empty classroom.  Not only do the two characters feel relieved at this event, but so does the audience.  We’ve been waiting all season for their relationship to become closer rather than more distant and this is one of the first times we can actually see it become closer. 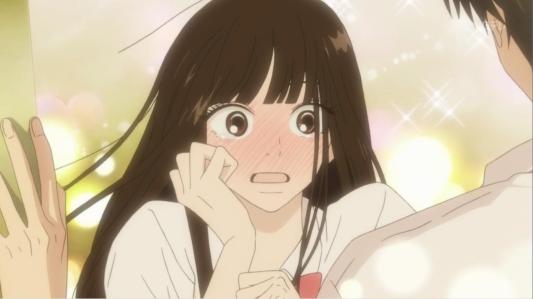 Now with the barrier broken down between them (or to make a metaphorical with the episode, opened the door), all that’s left is to watch built-up tension and emotions come surging through.  Everything that the season has been constructing has lead up to this episode and this specific event.  And from this point on, the relationship will only continue to get closer and more understandable.  Well, that is if those knuckleheads don’t get in their way.  Thank goodness Pin is starting to give some sound advice, despite it being a new concept for him.  All we have to do is watch out for Kent and Kurumi. 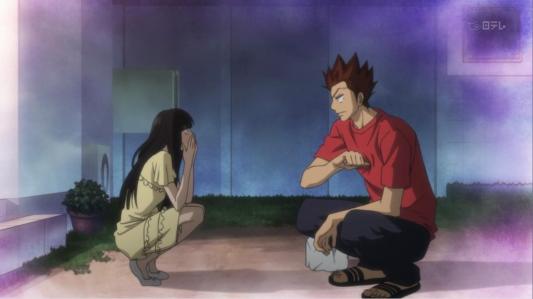 Also now that we’ve reached the confession from Sawako, hopefully we’ll begin to see some development with the other relationships, like Ryu and Chizuru (*hint* *hint* *nudge* *nudge*).  Kimi ni Todoke does a fantastic job incorporating its diverse cast into support roles where each character brings a different view to Sawako and Kazehaya’s romance.  But I’m looking for their development now, something outside of helping/hurting Sawako, Kazehaya, and their relationship.  Even if it’s not between Ryu and Chizuru, I’m interested to see how the other characters have changed in the series, too.  Unfortunately, I haven’t really seen much change in Ryu, Chizuru, and Ayane this season, so hopefully we’ll be seeing some of that soon.  It’d be sad to see these fine characters be the same at both the beginning and end of this season. 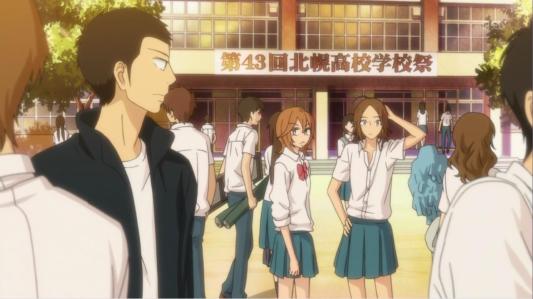 Also on the topic of development, I’m glad to see Sawako step-up and confess to Kazehaya, yet still retain some of her old mannerisms.  It’d be a little disheartening to see Sawako’s old personality, the shy and socially-misunderstood girl we met in the first season, gradually vanish while she becomes closer to Kazehaya.  So I’m happy to see her personality is still in tact.  It’s definitely been built upon and even changed how she reacts around certain people, but it hasn’t deleted anything which is the main point I’m trying to make.  It’s great to see her grown and still remain the same, ol’ Sawako we came to love since the series began.

I’m also looking forward to the costume parade.  I’ve mentioned this earlier but I absolutely love the comedy in Kimi ni Todoke (that’s why I started watching it!) and I can’t wait to see what Pin has planned for Sawako in the upcoming event.  That and I think one of the girls, while making the costumes for the parade, was making some nekomimi or something animal-eared.  Just what is their class planning?  Well, whatever it is, I’m sure it is gonna be an amazing festival!

This entry was posted on March 9, 2011, 5:49 PM and is filed under Anime, Kimi ni Todoke. You can follow any responses to this entry through RSS 2.0. You can leave a response, or trackback from your own site.