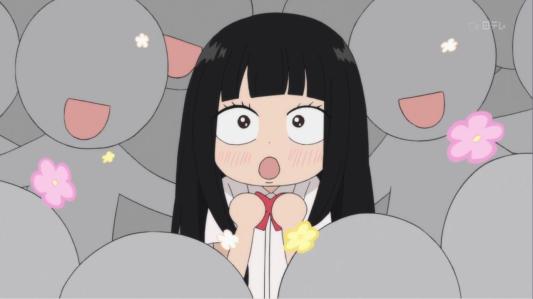 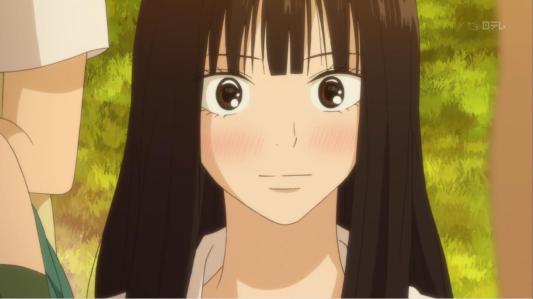 The tenth episode of the second season of Kimi ni Todoke was probably the best of the entire season or, at the very least, the most entertaining.  Sawako and Kazehaya both found the courage to finally communicate with each other, which seemed to solve most of the problems that appeared in the second season.  Sawako was able to use her personality and appearance to produce comedic reactions to all the characters around her, which is an entertaining style of comedy, at least in my opinion.  And there were all those novel and detailed costumes that everyone wore, which made the episode that much more special.  Oh, and there was nekomimi, too.  Never thought I’d see that in Kimi ni Todoke but I’m glad I did. 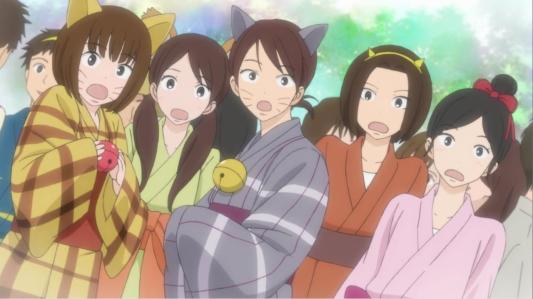 But where does the series go from here?  Certainly there will be some more development between Sawako and Kazehaya but the wall separating them has been opened (in the ninth episode) and now they’re openly spending time with each other at school now knowing how they feel about each other.  But how much more time will be spent on them?  We’ve seen some scenes where Chizuru and Ryu are together but there hasn’t been any progress on that front all season.  Maybe in the eleventh or twelfth episodes we will see something more between those two.  Hey, maybe we’ll see Sawako give some relationship advice to Chizu.  Ha, wouldn’t that be great? 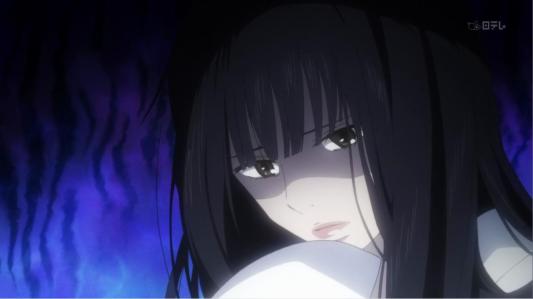 I’m also curious if we’ll see anything between Kazehaya and Kurumi.  Kurumi was featured in this episode (dressed as a fairy) but we never saw her face and her reaction to when Kazehaya called out to Sawako in that crowd outside the school.  She played a pretty important role, this season, so I wouldn’t be surprised to see that Kazehaya and Kurumi have a conversation together sometime.  That and Kent.  There’s still the issue with him.  What exactly will happen with him is still left to be decided.  He has unfinished business with everyone, so seeing what happens to him would be rather significant, especially given how he seemed to meddle in everyone’s affairs this season.  But I don’t think those two will take up a lot of the screentime, so that leaves more time for the likable characters in this series. 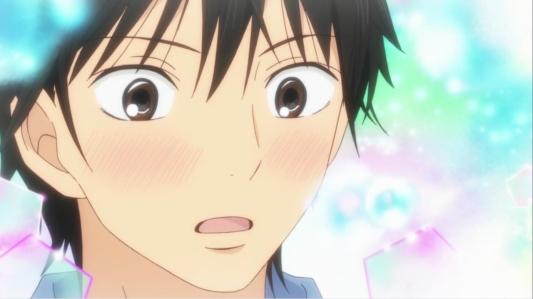 So there’s a lot left still to cover before the season is over.  How they wrap everything up and leave a satisfying finale will be interesting, especially if there’s a major event where everyone can meet up and spend time together.  It almost makes me a little sad that this season will be over soon for Kimi ni Todoke.  Sure, there were some episodes that were a little repetitive and frustrating in the middle of the season but they did help build up to this moment.  Without those obstacles, then the achievements in this episode and the previous one would not have seemed so great and rewarding.  And now that they’re over with, the series can be fun again.

I wonder what Pin will do once all his favorite students eventually graduate.  He’s going to be alone there at that high school without any of the students he likes to bully/be scared of.  And I doubt that he’s going to start hanging out with them after school.  That’d be interesting to see but thankfully, that won’t be happening anytime soon.

This entry was posted on March 30, 2011, 6:00 AM and is filed under Anime, Kimi ni Todoke. You can follow any responses to this entry through RSS 2.0. You can leave a response, or trackback from your own site.