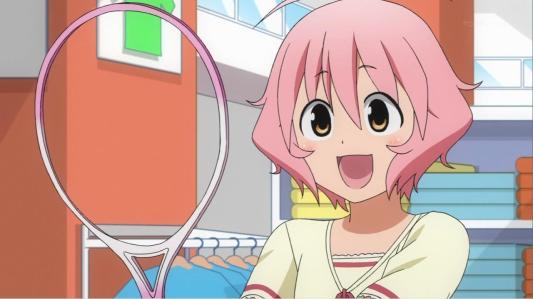 It’s just another dismal, overcast day for Nameless XEBEC Animator A.  Not only is he getting in arguments with his girlfriend, getting yelled at by his supervisor at work for substandard animation, and running into financial trouble due to his lowly wages, this modest employee is simply losing his motivation for drawing anime.  He arrives at the studio before the sun has peaked above the horizon, receives his assignment for the day, and sits at his desk in the same monotonous fashion that he’s been repeating these past few months. 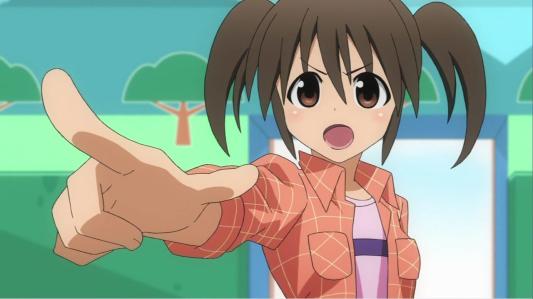 To make matters worse, the deadline is approaching and the pressure is on.  This added stress only adds another layer onto his overflowing list of problems.  It’s rather depressing to hear the story of this poor grunt at XEBECs.  But today will be different.  Yes, things will change.  After calling up his frail and ailing grandfather across Japan to vent his issues, his rescuer offers him some golden advice: “First say to yourself what you would be; and then do what you have to do. – Epictetus” (except in Japanese, of course).  So, our fellow protagonist follows his grandfather’s advice and says to himself, “I will achieve my dreams and become the best animator in Japan.”

Unfortunately, his assignment will not be able to showcase his talents being a few frames of Asuna’s panties.  It’s no surprise that working at XEBEC provides him with minimal opportunities for him to be the very best.  But worry not; this will not hinder his efforts.  He goes to work, remembering his new inspiration and concentrating on his work. 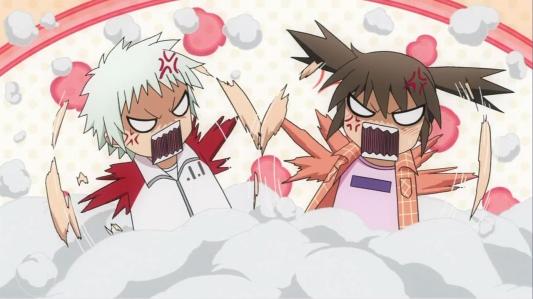 After a while, he finishes.  He finally sits back and is allowed to rest and to gaze upon his masterpiece.  First, his body is still.  Then he begins quivering.  Brimming with exhilaration and fulfillment, he laughs happily shattering the otherwise silent studio floor.  Other animators around him gaze over at the jovial animator and his work.  Few gasp.  A young lady starts crying.  Another tells our hero to bring the supervisor over to show him this work of genius.  But the supervisor is standing behind him with an unyielding look on his face.  Repeatedly disappointed with our protagonist’s work and now distracting the other animators around him (with a deadline soon, no less), he stares at the work before him.  After a few seconds of silence, he turns to the animator.  “Son,” he says unsympathetically with cold eyes, “you should be very proud of yourself right now.  These are the best panties we have ever seen here at XEBEC.  This work is the kind of animation quality that will bring respectability to our studios.”  The crowd around him cheers and the other animators go back to their desks, inspired to give it their all.

It’s now the day the episode of Softenni will air and our champion has gathered family, close friends, and, of course, his girlfriend over for a viewing party to see his magnum opus.  He had been so ecstatic and moved over this achievement, that it has improved all the areas of his life.  He’s repaired the relationship with his girlfriend, earned the respect and trust of his supervisor, and no longer worries about his financial outlook.  He wanted to share this pivotal moment in his life by hosting a party at his rather modest apartment with the people of his life.  Although a little embarrassed about the scene itself, our hero won’t let anything dampen his enthusiasm and hopes to inspire those around him.  Despite staying up until the early morning, most of the guests are awake and waiting in anticipation for this anticipated scene.  And then it airs.

Our poor protagonist falls to his knees and buries his head into the floor.  Confused, the viewers wonder what happened and file out, disappointed and sleepy.  The girlfriend is the last to leave, closing the door behind her with the animator wallows in despair.  His work was censored.  He doesn’t even finish the episode; he just turns it off and tries to get some sleep before having to go into work the next morning.

But this isn’t a sad story, no, it’s far from it.  Our conquering animator will go to work the next day knowing he gave it his all and did his very best.

But yeah, censorship sucks.  Not only for the audience but for the animators, too.  I’ve always wondered how these people feel about their diligent work being blocked by broadcasters and only being seen by the few that buy the BD or DVDs.  They make meager wages and mainly do it because they love their work.  But censorship reduces their time and efforts to nothing.  I’ve always had a soft spot for animators since their work often goes unappreciated or often bashed, unless they’re from a high-end or well-known studio.  And to be honest, I didn’t do much research on this fictional story and I don’t know entirely how the animation system is run in XEBEC, let alone Japan.  But I hope the message is clear that censorship is not only bad for the viewers but for the animators as well.

So the next time you see something censored in anime, please, think of the animators.

This entry was posted on May 2, 2011, 3:56 PM and is filed under Anime, Softenni. You can follow any responses to this entry through RSS 2.0. You can leave a response, or trackback from your own site.