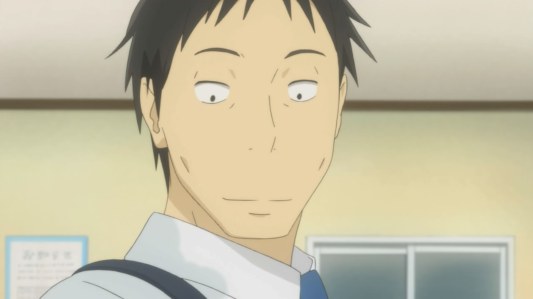 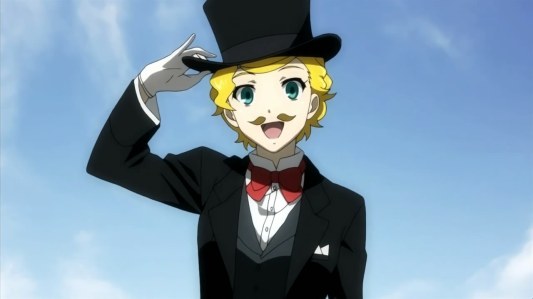 Back from vacation meaning a full week of anime to catch up on.  And since I’m already days late on all my weekly posts, I’ll borrow a format that has worked so well for tomphile over at Ani-Philes and combine this week’s shows into one post.  Hope you’re enjoying all of these shows as much as I am!

Remember when Steins;Gate was being considered one of the best mystery animes of the past few years during the first few episodes?  Consider it one of the best drama animes, too, especially after this episode.  The way the characters influence each other and their actions are nothing short of outstanding.  The voice acting has been majestic, too, full of emotion, heart, and soul.  Definitely one of the best dramas I’ve seen in an anime.  And Steins;Gate has continuously improved during its final stretch and has set itself up for an impressive and memorable ending.  Right as everything appeared calm and complete, the scene after the ending credits set everything back in motion again.  Can’t wait to see what happens to everyone and if everyone will remember a bit of their previous timelines. 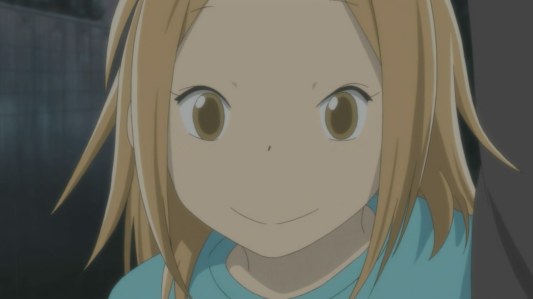 Every episode of Usagi Drop has revealed another layer in the complex world of parenthood.  This episode spent some time showing Daikichi at work with his coworkers who were chatting about their families.  One topic that was apparently new to Daikichi was insurance, especially educational insurance and life insurance.  That lead Daikichi to begin thinking about providing for Rin’s ‘seemingly distant’ future, a portion of parenthood we never really considered at this point.  By now it is common to see Daikichi learn as he lives and face situations when they occur, which is a trait of Usagi Drop that I love and appreciate.  It brings forgotten or overlooked subjects to our forefront, showing us every insubstantial detail and obstacle in parenting that Daikichi never considered when he took Rin under his wing.  It’s a detail I disregarded until recently, but it is one of my favorites in this wonderful anime.

Maybe the most enjoyable aspect of Dantalian no Shoka are finding out the effects of each of the Phantom Books.  It’s highly entertaining to learn about the uses of these crazy books and how they affect the people that hold them in their hands.  This episode featured two new books, one that would allow for exchange of any item that was deemed equivalent (also a play on the Straw Millionaire story [mentioned in the episode] and had the nice detail of a red paperclip, a real life story of trading up from a paperclip into a house) and another that guides one to their soulmate.  But like almost every Phantom Book to date, there’s always a twist.  The Book of Equivalence seemed to be able to force deals and, should someone value their life less than the object of desire, it would go ahead and take the life of the trader.  The Book of Relationship would allow one to curse the other for cheating on the other, thus requiring the two who hold the books to be together, and faithful, forever.  It’s always fun to see how these books screw around with the people that own them, highlighting ignorance, greed, and other human natures, and always ending with retribution and repentance.  It seems the only ones who are never tormented by their own books are those with virtuous, magnanimous, and compassionate personalities: Dalian and Huey.

Brain Off, Brain On, Dantalian no Shoka, Steins;Gate, Usagi Drop

This entry was posted on September 4, 2011, 3:40 PM and is filed under Anime, Dantalian no Shoka, Steins;Gate, Usagi Drop. You can follow any responses to this entry through RSS 2.0. You can leave a response, or trackback from your own site.