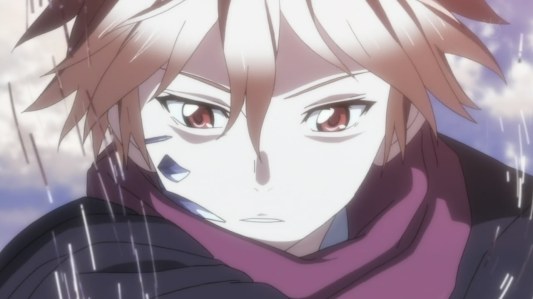 Episodes like these always provide a ton of information for the viewer.  Not only did we start from the beginning of the story with the discovery of the Apocalypse Virus and the events that initiated Lost Christmas and the current setting of the series but we also learned more about prominent characters, their relationships, and they are the way they are now.  But it doesn’t stop there.  The knowledge gained from episodes like these, ones that are primarily flashbacks brimming with facts and developments, is that we can apply this information to areas there weren’t covered to answer questions the anime never directly answered.  Episodes like these are always some of my favorites since they’re intently focused on doing what’s right in storytelling.

Perhaps the most obvious and most applicable information we can infer from this episode is what bridges the gap between the disaster of Lost Christmas and the beginning of the story with Inori stealing the first Void Genome.  What we know is that the GHQ entered Japan following the crisis, assumed authoritative control of the chaotic nation, developed a vaccine for the Apoc Virus, and distributed it throughout the nation.  It’s worth noting that the information to develop the vaccine (and the Void Genome) was discovered by Ouma Kurosu, Shu’s father, was taken by Keido and developed through the GHQ.  However, Keido was already associated with Yu, from the organization Daath, which already seemed to have ample knowledge of the virus so it is curious to see him end up with that information at GHQ seeing as they developed the vaccine and isolated the Void Genomes.  Perhaps Daath lacked sufficient knowledge, resources, and manpower to do this work and persuaded the GHQ to do it for them in exchange for control over Japan but that doesn’t explain the whole “Adam nursery” that Gai was raised in.  Perhaps they never cared about a vaccine but wanted to use the GHQ’s military power to ensure their survival in Japan.  Unfortunately, it isn’t quite clear what path the research on the vaccine and Void Genome took and the consequences of the research but it appears to have had great implications on the vaccines, Void Genomes, and GHQ’s involvement in Japan. 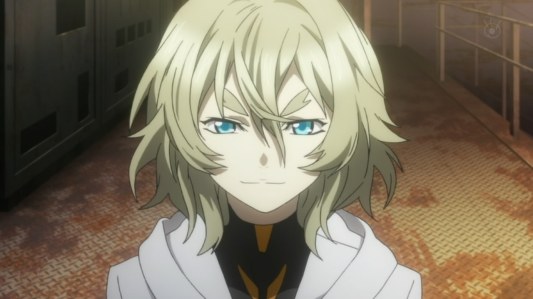 From here we can begin to link other intriguing bits of information together to create a clearer and coherent picture of what happened before the events of episode 1.  We saw that both Haruka and Keido were researchers on the Apoc Virus for different organizations (Haruka with her university in the same lab as Kurosu and Keido with Daath) but were both apart of the GHQ at the beginning of the anime.  We already linked Keido there through the results of the research he stole.  Haruka, however, is a bit more surprising, especially given the conflict she had with Keido and the fact that she was his subordinate in the GHQ.  I suppose it is rational she’d join the GHQ since it has the only sources of information and research on how to vaccinate and prevent the spread of the Apoc Virus but it is no less unexpected to see her working under Keido, especially after he murdered her husband and stole his priceless research.

One final bit of information we can derive from this episode that was not explicitly clear is that we have an idea of why Gai has the ability to see everyone’s voids without the help of a Void Genome (and perhaps a few other unexplained events, too).  We learned in this episode that Gai was one of many young boys who were experimented with to create an “Adam” worthy of “Eve”.  By doing experimental injections with various concentrations of the Apoc Virus, Gai developed some abnormalities which likely explain some of his current superpowers.  Earlier in the series it was revealed that he could see everyone’s Void (though it was contradicted later when it was revealed that Voids readily change depending on people’s relationships) without the assistance of the Void Genome.  It must’ve been something specific and only available at the “Adam nursery” that caused this power to develop within him since it appears only he and Yu can use this latent ability. 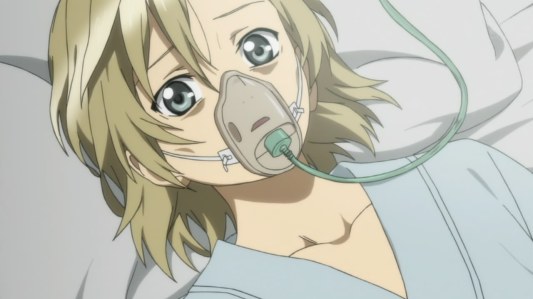 Furthermore, we can apply that information to other scenes where we saw Gai do something supernatural but with no previous explanation.  Earlier, we witnessed Gai developing the cancer and requiring specific medical treatment in episode 5.  That, too, can be attributed to the experiments with the Apoc Virus.  And him generally be a badass when it came to combat?  Most likely effects from the Apoc Virus experiments, too.  And him surviving a laser blast from a satellite in episode 6?  Erm… maybe.  Kyo survived that, too, so I’m not really sure where to fit that in.  Unless Kyo was another experimental subject, too, then maybe but that whole event may never be explained.  Yeah, thought the episode did provide a ton of information and allowed us the draw conclusions from this information and others, it didn’t necessarily answer every question we had.  Like, for example, why couldn’t every episode be coherent, rational, and directed like this one? 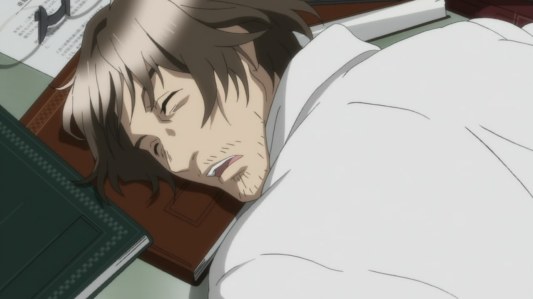 With Shu retaining all the voids he obtained in the previous episode, it seems possible that if he dies that everyone who’s void he has will die with him.  I don’t buy that.  I expect something to occur during the final battle that will allow Shu to sacrifice himself but allow all his friends to live.  I don’t see a scenario where someone like Ayase dies and Tsugumi lives due to Shu’s sacrifice.  I do, however, see a scenario where Shu or Inori does something to reverse the voids so that he (and maybe Inori) are allowed to rest but make it so that everyone is alive despite not having their voids anymore.  How that will happen, I have no clue but it just seems like that would fit perfectly in the style and themes of this anime.  It should be interesting to see what happens to Shu, Gai, and Inori in the finale that is quickly approaching.

This entry was posted on March 8, 2012, 8:51 PM and is filed under Anime, Guilty Crown. You can follow any responses to this entry through RSS 2.0. You can leave a response, or trackback from your own site.