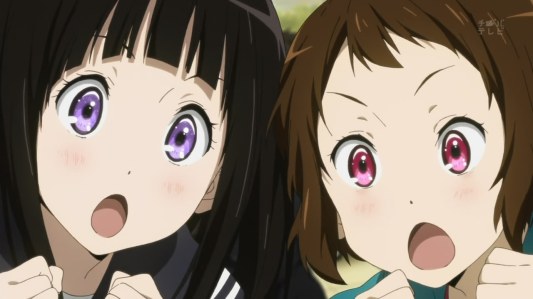 This week: why Satoshi is more than a database in Hyouka, altering character dynamics in Sengoku Collection, abrupt character growth in Tari Tari, and the perfect way to ruin a great story in Sword Art Online.

Hyouka (Episode 17) – Calling Satoshi a ‘database’ seems appropriate.  His uncanny attention to detail, phenomenal memorization, and ability to organize relevant information are all reasons why he calls himself a database.  But Satoshi, dear, you’re so much more than just a database.  This descriptive noun is only one noun that describes our lovable loser and there are thousands of better ones out there that fit his character so much better.  Say, Satoshi, how about this?  How about we all start calling you a human?  Because in reality, calling Satoshi a database limits himself to being just a simple organizer of data and information pertaining to that data.  And as Satoshi always says “A database cannot draw conclusions,” as it has become his personal moniker.  But a database does not possess emotions, ranging from resentfulness, to envy, to thrill, to frustration, to passion, and even to humility.  Those are all emotions that humans display and react to.  A database cannot do that.  Nor can a database do this other integral thing that makes humans so enticing and exciting.  They can change.  They can develop, progress, improve, you name it, and that’s something that Satoshi will have to do after succumbing to defeat in his own game, his own competition.  Perhaps he doesn’t see it himself, but his character has grown quite considerably since the beginning of Hyouka when he behaved and performed tasks just like a walking, talking database.  Satoshi continues to limit himself to this description, this persona of his, and doesn’t seem to be aware of his personal evolution as he becomes so much more.  I can only hope there will be some time devoted to Satoshi’s character where he realizes he’s much more than just the basic cog in the detective team and begins acting like a human.  Of course, the first step is to begin treating himself like a human.  I can only pray such a realization happens swiftly.

Natsuyuki Rendezvous (Episode 6) – What makes Rokka’s character such a fascinating specimen to watch is partially due to her behavior around guys.  Whereas many romance animes follow the daily lives of a high school heroine and her ever-changing, always-difficult feeling, Rokka is a widowed adult, having had a successful relationship with the man she loved and still loves.  And because of that, Rokka has this gratifying comfort about her whenever she’s around men that’s just rare for anime.  Even when the guys around her can’t handle their emotions, she is able to respond straight-faced and seriously.  She even jokes around with them from time to time, even when it’s not appropriate (which makes it much more amusing).  She can even read and match their emotions or even counter them, which makes her dialogue more intriguing and heightens the complexity of her character in relation to the romance.  Because of this uncommon trait, the romance in Natsuyuki Rendezvous feels a bit more realistic and, oh, so much more satisfying than what has become the norm of romance anime.  Giving her a well-defined and magnificently constructred personality beyond that of the typical anime archetypes is one of the prime reasons why Natsuyuki Rendezvous is one of the best romance anime in recent memory. 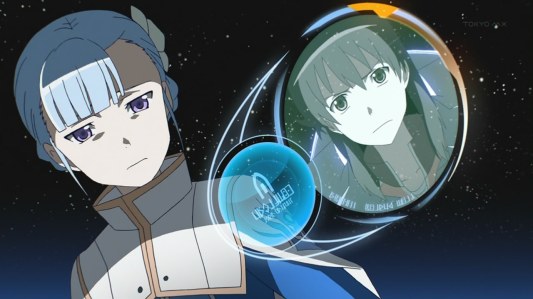 Rinne no Lagrange (Episode 18) – Though comedy is one of the lesser genres of Rinne no Lagrange, it never fails to make me smile.  Whether it’s Madoka being immature or improper at all the wrong moments or everyone bullying Lan or humanizing Dizelmine or Vilajulio, the anime never seems to fail to at least keep me entertained.  And that’s at a minimum.  The humor in Rinne no Lagrange is never sacrificed or ignored despite entering the heart of the story and at the peak of the tension and drama.  The anime has remained dedicated to its commitment to humor and has done surprisingly well considering it’s not a staple of the series.  Hopefully everyone else watching the anime appreciates the comedy as much as I do.

Sengoku Collection (Episode 19) – Stories such as these, where the cast of characters perform a play or act as different characters or people, never seem to fail for me.  What I enjoy most about these stories is seeing how altered our familiar characters (and this goes well beyond the three animal-earred shrine maidens, too).  Not only are they adapting the personality of someone entirely new but they have completely reworked character dynamics with completely new interactions to witness.  Not only that but it shows how strong and innovative the authors are, having to modify all their characters to fit this new situation on top of narrating a stimulating story.  It requires effort to the highest degree to make sure everyone is covered and works well with each other, something that is typically overlooked or neglrected when trying to construct character relationships.  By no surprise, I found this episode to be quite remarkable in how it reused several characters from earlier episodes, with entirely different personalities and histories in these new relationships and had an amusing and entertaining story to boot.  I almost wish it used more of the cast in this play for some of the lesser parts, such as the witness, the ramen delivery guy, or even in the audience.  But never mind that, it’s just another brilliant and delightful episode from Sengoku Collection.  I wouldn’t expect anything less from this anime.

Space Brothers (Episode 20) – With the third test nearing its end and the fifteen carefully selected astronaut candidates eager to return to the real world, I can only say that I am confident in that I am more eager than anyone else.  And this is even considering how these characters have been sealed within this mimic space capsule for fourteen days.  Sure, they’re all anxious to get out and regain their freedoms again, but I couldn’t stand this arc for another episode.  It just dragged and dragged and dragged and dragged.  Sure, the stories were interesting, the character development was outstanding, and the drama played out nicely, but it was never exciting.  Everything they did and that would happen in this simulated environment was dull or tiresome, something that Space Brothers has suffered frequently throughout this second cour.  Thankfully this arc is finishing in the next episode, so there’s that, but I can’t be the only one who’s saying it couldn’t come fast enough. 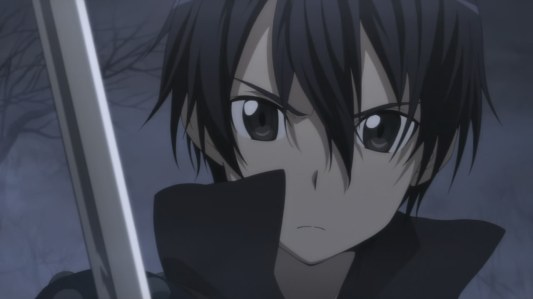 Sword Art Online (Episode 6) – What a marvelous, tremendous, and exciting two-parter that was.  Too bad the shitty writing at the end had to ruin an otherwise spectacular story pertaining to the drama that begets friends when expensive and rare items fall into their greedy hands.  What ruined it, for me, was the villain.  It wasn’t that the baddie was her husband, a twist played out rather nicely even if it is a bit cliché, but rather his asinine motivation for murdering her.  Anytime a character is revealed to be crazy like that to answer a murder, I can’t help but feel cheated.  It’s such a lazy, weak, unsatisfying, and ineffective way of concluding a story that I can’t help but detest it.  With all the creativity, excitement, and emotion going on during the story, especially when piecing together the puzzle that were the varying layers to the whole mystery, you would expect a conclusion to be on par with the writing that constructed this story.  But no, I figure the author couldn’t figure out a proper way to end his story with such exhilaration, enthusiasm, and emotion, that he just chose the quickest cliché and was happy with his end product.  Seriously, after all that complexity, through a story so meticulous and methodical that it lasted two episodes, we get a character who did it because he was crazy?  “Yeah, I got jealous of my wife being happy, so… I…, yeah, so I killed her.”  Fuck that shit.  I’d be happier if a block of text appeared on the screen and said “I don’t know how to end this story, so here’s some pics of Asuna. Sorry!”  Christ, at least try or something.  You obviously did during the rest of the story and it turned out so well, so why end it like this?  And I was excited since I was about to say something nice about Sword Art Online that didn’t involve Sicilia.  Oh well, maybe next week…

Tari Tari (Episode 7) – The change in Wakana’s character, going from an introverted, lifeless, depressed young girl to smiling, sociable, and successful has been almost too sudden.  I realize that in the timeline of the anime, Wakana has had a few days to maybe even a few weeks to adjust to her former personality, the one that was shackled to the weight of her deceased parent and the unfortunate regrets that weighted down every aspect of her life.  But in terms of the pacing in the anime, seems like a whole new person without watching her gradually change to reflect this new personality.  Given the limited timeframe the anime has to present its story, it needed Wakana to be ‘normal’ again before we launched Sawa’s story, so it makes sense from a production standpoint, but it would’ve been better to see Wakana slowly change over the course of a few episodes while diving head-first into Sawa’s story.  Well, it wouldn’t’ve mattered too much considering all our attention has shifted to Sawa, so that Wakana’s change would likely go unnoticed to the general audience, but it is still something I wish Tari Tari and more anime did with its characters as they develop.  Doing something like this is too sudden and it lessens the impact and influence of their growth.  Showing Wakana change over the course of a few episodes, while interacting with other characters and performing routine duties, would help show the significance of her change and how difficult it was for her to overcome the death of her parent and the regret that almost destroyed her life.