Although the realm of Flonyard appears to be incredibly peaceful, exceptionally pleasant, and irrefutably safe, it’s essentially a world plagued with horrifying demons, merciless highway bandits, and innumerable crimes and destruction.  Even with respect to the lighthearted, friendly, and optimistic themes that Dog Days’ constantly upholds, Flonyard is beleaguered with threats and menaces.  While a world perfect for fun and adventures to any traveling hero or super-solider, it must be entirely the opposite for the citizens who inhabit these lands and call Flonyard home. 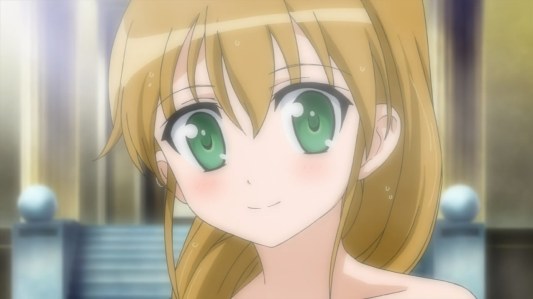 From the perspective of any humans, be it the visiting heroes residing in the various kingdoms or the audience watching this anime, Flonyard is presented to us as a world of excitement, adventure, and sociable beings with adorable animal-ears.  This is how we’re intended to see Flonyard, a domain created for our entertainment, our delight, and our desires.  It’s a place where you can play with your friends in assorted war-games, relax among the world’s elite in spacious, grandiose palaces, and rescue one another from whatever dangers arise.  It is designed and configured for us, meaning that every aspect of this realm is in some way intended for our enjoyment, be it straightforward or indirect.  And because of this, there are several aspects of this world that generate peril and vulnerability for the citizens in the various kingdoms of Flonyard.

Yes, to the people that are actually born, raised, and reside in Flonyard, life is close to hell.  While the townships within the kingdoms are safe, thanks to a protective force that surrounds these lands and prevents against injury and death, the entire world is full of callous monsters that can only be quelled by the most powerful of soldiers or warriors.  And not only that giant rat demon from the previous episode but the terrifying demon from the first season, too.  And even with the protective forces resonating throughout the lands, it doesn’t prevent one from being attacked and turned into one of those fluffy animal balls.  Keep in mind those rabbit bandits and the feral cat god were able to attack and mug people the citizens within their city walls, either being stripped of their clothes or stealing their wares.  And though it seems most of the population is within the military, evidenced by the swarms of people participating in the war-games, they are largely ineffective to these threats as they’re typically matchless against these terrifying beings.  Everywhere you look, be it within the castle walls, down the city’s thoroughfare, or in the untamed wilderness, danger awaits the people of Dog Days’.

However, most citizens heed no attention to these risks, nor does it seem to be a pressing concern for the leaders of the nations to address.  Instead, the world is deemed safe enough to sponsor various war-games between nations, hold massive festivals, and even broadcast live concerts, so the thoughts of how treacherous the world is are not actively on the minds of the people.  Hell, Galette doesn’t even have its own demon-hunting special-forces unit yet, so it’s somewhat evident that there’s some indifference toward this issue.  And with each nation housing an awe-inspiring hero and several formidable warriors, the thought may be that any issue can be addressed before it becomes a problem.  Not only that but it seems many of the demons that have harassed these nations are properly sealed and kept dormant, unable to ravage the lands anytime soon.  So while the world may be bursting with danger, none of it appears to be active danger, with the only issues being the clothes-stealing bandits and the wild cat god excited by shiny jewels and metals.

So, what does such an analysis on the setting have to do with the anime currently?  Well, given the episodic nature of the past few episodes, the question of a central plot to this sequel becomes more and more apparent with every passing episode.  While the first season was story-heavy and straight to the point, never deterring from the strict schedule it assigned itself, the second season has been carefree and lenient in how it illustrates its adventures.  But sometime, and likely sometime soon, the main plot of Dog Days’ will appear and we’ll be thrust into a fantastic quest involving the three nations and their main forces.  And what appears to be the only force able to warrant such an opposition, especially considering the foreshadowing throughout the previous episodes, would be an external force from nature that poses a threat to each society.  And by examining the setting of Dog Days’, we’re able to understand a bit more about what might possibly cause such an event to occur: the fact that the world seems exciting to the visiting heroes, is hazardous to the townspeople, and the fact that no one really pays too much attention to it.  Given these perimeters, it’s likely some foreign threat will appear to challenge these nations and turn the anime toward a serious and comprehensive storyline.  Or not and just be lighthearted and episodic the entire time, either way really works for Dog Days’.

This concert sucked compared to the ones from last season.  Worse song, no awesome sakuga, boring visuals.  Millhiore is still cute but that was it.  I want my money back. 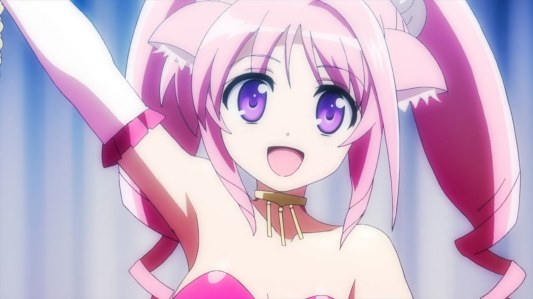 This entry was posted on August 28, 2012, 1:11 PM and is filed under Anime, Dog Days. You can follow any responses to this entry through RSS 2.0. You can leave a response, or trackback from your own site.