Okay, first, let’s skip all the research and bookings and preparation and get right to the good stuff, stepping out of Tokyo Station after landing and traveling by train from Narita.  And since this post is tailored toward my experiences with anime/manga in my brief stay in Tokyo, I’ll be cutting out most of this vacation.

Since the flight was delayed and the train ride from Narita took about an hour, it was already about 6:00 PM when I first arrived in Tokyo and the first priority was locating the hotel before finally exploring the city.  After navigating the labyrinth of compacted streets and soaring skyscrapers, eventually with the help of a resident, the hotel was located and here was my first real glimpse of the anime/manga subculture in Japan.  Almost immediately after turning on the television did I come across a rerun of Nichijou, one of my favorite and most memorable comedies in recent memory.  What I remember specifically about Nichijou is how sharp and well-defined it looked on the television compared to how I usually watch anime on my computer.  On top of that, without subtitles and with my pathetically-limited knowledge of Japan (of which I embarrassed myself with on multiple occasions) I had difficulty understanding exactly what was being said, especially when I flipped to another channel which happened to be broadcasting Decetvice Conan.  However, this experience only proved to be temporary, as I was soon out and about and exploring the metropolis.

After visiting the Tokyo Tower and dining at a conveyor belt sushi restaurant, I recall my second encounter with anime/manga was when visiting an electronics store in Shibuya.  In the basement was where they kept all the BDs and DVDs of anime, filling up an entire section of the store by itself.  The selection was rather remarkable featuring numerous older anime and current anime side-by-side.  Perhaps even more astonishing was the Western animation section right next to it, featuring countless American and European cartoons, too.  Although the anime section dwarfed the Western section, it surprised me of its presence and size leading me to wonder how well these shows perform in the animation capital of the world.  However, I was not entirely interested in these rather expensive purchases and turned my attention northeast toward Akihabara.

Of course, by the time I arrived in Akihabara, most of the stores had closed and the streets were empty.  It happened to be just before 11:00 PM and the otaku paradise was nothing more than a murmur.  Still, some establishments were open, and I wandered around aimlessly seeing what the area had to offer. Among the few places that were open were arcades and gaming halls (everyone stared at me, it was awkward), neither of which particularly interested me for too long (they have lots of crane games with anime figures though) until I arrived at a bookstore getting ready to close for the night.  It was here where I finally witnessed the glory of Akihabara, walking among tight ailses filled with manga and light novel volumes, anime discs, video games, eroge, and countless other merchandise.  Almost immediately did I spot the April issue of Ultra Jump near the front counter which contained the 100th chapter of Needless along with the a bonus 4-koma manga to celebrate.  You could probably guess how ecstatic I was when finding it.  Unfortunately, after an extensive and thorough search in the manga section, I could not find Volume 14 of Needless which happened to be released just a few days prior.  What it meant was another trip to Akihabara during the daytime.

Before crawling under the sheets and sleeping for a minimal 5-hours (set alarm for 6 AM), I flipped through the television to see what late night anime was airing.  Among the shows I flipped between were the finale of Nisemonogatari (something I wrote about in the final episode review), some Fate/Zero, Hidamari Sketch and High School DxD.  It was fascinating and stimulating to watch anime on a television again, especially since this is the first time I had ever watched an anime broadcast for the first time.  This was a bit different than the reruns of Nichijou and Detective Conan earlier and different than all the times I had watched anime on American television; this was live anime in the sense that these were the first times that they were being broadcasted.  However, as before, I had trouble understanding every conversation and by then, about 1 AM, I had been up for about 18-straight hours and needed some rest before continuing to explore Tokyo the following morning.  Of my 13-hours awake in Tokyo, only 6 remained. 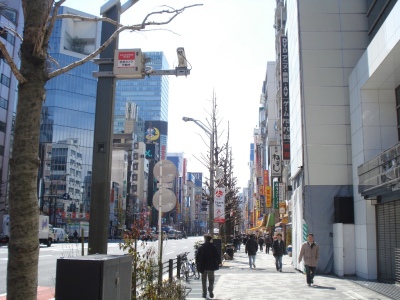 The second day in Tokyo featured more sightseeing and exploration with not much to report besides finishing up in Akihabara one last time before checking out, riding the train back to Narita and flying home.  My second trip to Akihabara was much more interesting and fruitful than my first one.  Arriving late Sunday morning, I was delighted to find most establishments open which allowed me to experience what I’ve come to expect from Akihabara, although this mainly consisted of visiting more shops, seeing a maid café and other cosplay, and walking among densely-populated sidewalks.  The experience was fascinating, especially with how popular the area was among other otaku who share the same love for anime and manga that I do.  Before too long, I was able to find Volume 14 of Needless and I was soon on my way back to Narita to fly home.  And with that, my 13-hours awake in Tokyo had quickly come to an end.

Although my experience in Tokyo was short and expensive, it proved to be one of the greatest moments of my life and definitely something I’ll cherish forever.  Of course, the anime/manga portion of my vacation was just a bit, really only constituting a fraction despite taking up this entire post, so it isn’t like I missed out on any of the big sights in the city.  Rather, I began to think of it more as a taste of Tokyo and Japan before I make another, longer, and grader trip to Japan in the near future.  After exploring the city for about half a day and experiencing a bit of the anime fandom in Japan, I now have a better idea of what to plan for and what to do when I return to Japan.  However, whenever that is has yet to be determined.  Still, these few hours in Tokyo changed my life and are easily one of the greatest memories and influences of 2012. 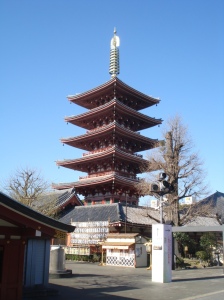 This entry was posted on December 14, 2012, 4:00 PM and is filed under 12 Days of Anime, Anime, Manga, Me + Other Non-Anime Posts. You can follow any responses to this entry through RSS 2.0. You can leave a response, or trackback from your own site.