Considering how integral and fundamental magoi, djinn, or any magical concept is to the storyline and characters of Magi, one has to wonder how long magic has existed in these societies or even in this world. 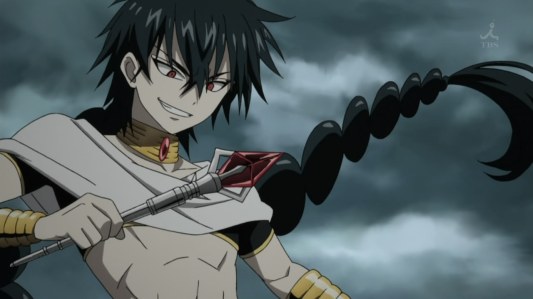 With the advent and subsequent conquering of Dungeons, magic has been brought much closer to the average person.  Once thought to the product of mere fantasies, it doesn’t seem surreal anymore to see a djinn summoned in dire situations or famous fighters wielding weapons and armor that project elemental magic. The introduction of these magic in Magi can be traced back to the sudden appearance of the Dungeons, which have been described as recent phenomena in this world.  However, while these enigmatic labyrinths may be new to this world, it seems as those associated with magic, whether they be magi or other types of magician, have existed since the dawn of history.  It’s here were we find the true origin of magic in this world.

Although now it seems as though anyone has the right to earn and wield magic, it began in this world as restricted to only the magi.  Remember back to Baba’s history lesson, of a time when the first magi appeared, uniting the tribes of mankind, fending off catastrophes like disease and starvation, and essentially beginning civilization under their guidance.  It would seem that magic has always existed in this world but only within the select few who evolve into the role of magi.  With the power of the magi, however, Dungeons are able to appear which can allow any person to obtain magic for themselves.  It is because of this gesture, of the magi allowed entrance and conquering of these Dungeons, did magic begin to exist in these societies and these kingdoms. 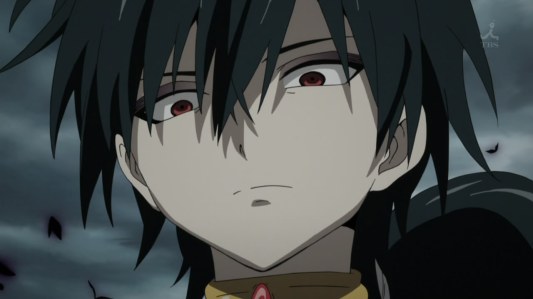 With a method of obtaining magic now available to people, magic finally found an avenue into human society with Dungeon Capturers obtaining these powers and utilizing magic to improve their countries.  Considering that the champions of these Dunegons are all young adventurers or revered royalty, it does seem as though magic is still somewhat secretive, forbidden, or exclusive, especially considering the shock and awe bestowed on anyone who sees a djinn or powerful elemental magic.  It is also worth noting that before the Dungeon Capturers existed in this world that magic would not be seen or heard of by the common folk, that magic would be unknown.  Now, with characters like Sinbad or the royalty of the Kou Empire having success with the various Dungeons of this world, it seems as though magic has transfixed a certain barrier and entered into existence for the average person.  So although magic has existed since the before the beginning of civilization in Magi, it wasn’t until the Dungeon Capturers obtained these fantastic abilities for themselves did it really ever begin to exist in the societies of this world.  So to answer the original curiosity that begot this post, it seems as though magic has always existed in this world but only recently has it evolved into being used by humans to better their lives, the lives of those around them and the entire world. 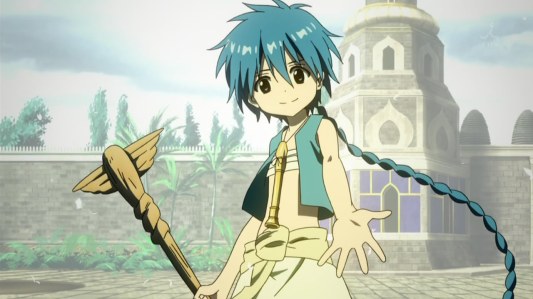 Although Morgiana has been a slave for the majority of her lie and has received no formal education, I believe she is the most intelligent character in Magi.  It could be a combination of her instincts and her heavy heart but she seems to be the smartest on the battlefield.  Not only does she quickly understand her surroundings and the ability and strength of her friends and her opponents but she act process this complex information immediately and make the correct decision in a fraction of the second.  Not only that but her fortitude and temperance allow her to continue to fight and think at an unequaled level.  I’d love to see her have an expanded role beyond these fights considering that she’s made some valuable input during some of the political and economic discussions, although it’s been minimalized since it’s focused more on Alibaba or Sinbad at this point.  Either way, she seems to be the most intelligent character in Magi thus far, especially since the anime has been dominated by fights, her area of expertise. 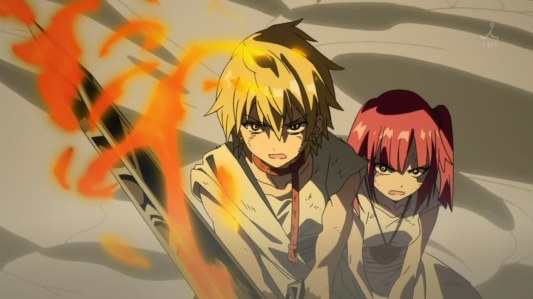 This entry was posted on February 4, 2013, 12:30 PM and is filed under Anime, Magi. You can follow any responses to this entry through RSS 2.0. You can leave a response, or trackback from your own site.