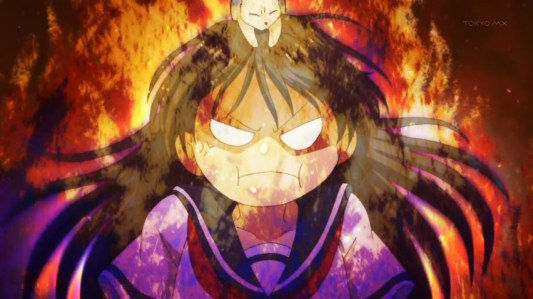 This week: thoughts on whether to dislike or sympathize with Yukine in Noragami, why the confession scene in Inari, Konkon, Koi Iroha was exceptional, why Silver Spoon S2 works better as a sports anime, and recommending The Princess and the Pilot (Toaru Hikuushi e no Tsuioku) for those watching Pilot’s Love Song (Toaru Hikuushi e no Koiuta)

Anime trending up this week: Toaru Hikuushi e no Koiuta

Anime trending down this week: Hamatora 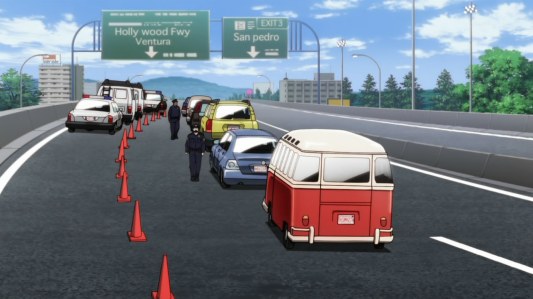 Whenever an anime travels abroad, like with Wizard Barristers traveling to the US and Canada, I find myself excited knowing that the episode will likely be hilarious and entertaining.  The reason for this is unparalleled amusement derives from how the anime always depict other countries.  For whatever reason, I always find myself nitpicking on how details are missing or incorrect or how the built environment is wrong and that’s not how roads or buildings look.  And as the quality of the anime gets worse, the entertainment gets better… for obvious reasons.  You usually don’t see too much of an issue with this in regard to better anime or shows that are set in international countries.  It seems this unique form of comedy is usually restricted to shows that travel abroad for an episode or two, as we are seeing with Wizard Barristers.  So thankfully for me, I see the best of both aspects with Wizard Barristers traveling to the US and Canada for a couple of episodes and the series being a bit short on quality and intelligence. 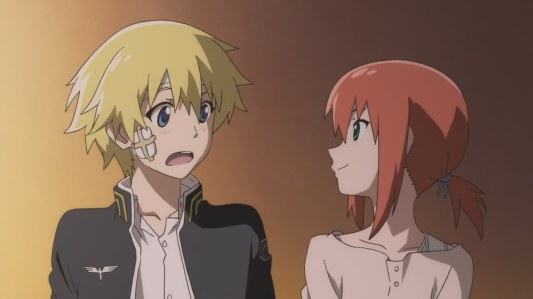 If you’re watching and enjoying Pilot’s Love Song, then I strongly recommend you watch The Princess and the Pilot (Toaru Hikuushi e no Tsuioku) become finishing this anime.  This anime movie debuted back in 2011 and takes place in the same universe as Pilot’s Love Song.  The two anime are written by the same author, Koroku Inumara, and share a number of parallels, themes and motifs.  The two anime really go hand-in-hand with each other and anyone enjoying one will be certain to fall in love with the other.  Of course, there are a few differences between the TV series and the movie and not just in terms of the runtime or better art/animation.  What the movie lacks in exploring the world and the setting, the TV covers with adequate detail and where the TV series lacks in action and fulfillment, the movie is more than enough.  Furthermore, for anyone who watched the movie previously already knows that there are some references that occurred in this episode.  So I figure, with the TV series entering the final stages of the story, there is no better time than now to watch The Princess and the Pilot. 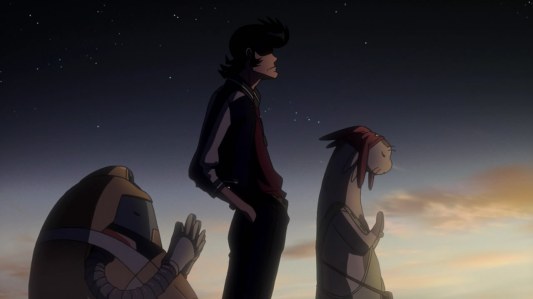 Throughout all but a handful of minutes, Space Dandy has followed the adventures of Dandy, QT and Meow.  But at the very beginning, the series was just Dandy and QT.  Although the series features a better dynamic with Dandy, Meow and QT together, I do wonder what life was like before Meow joined the crew and it was simply Dandy and QT wandering aimlessly through space hunting for new species of aliens.  Even if it were an episode or two with just Dandy and QT alone would be fine for me, and it could even be something cliché like how Dandy met QT or something along those lines.  Still, the series is fine as it is with its presentation and style and comedy.  I don’t expect there to be much in terms of developing a history or consistency when many of the episodes feature Dandy or Meow or both dying. 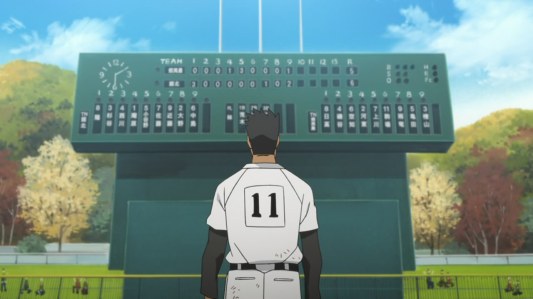 One reason why Silver Spoon S2 has progressed better than Silver Spoon S1 is that it’s more of a sports anime than a school anime.  Although Silver Spoon is still technically a school anime and all the scenes are still related to school in one way or another, the sports aspect of Silver Spoon have flourished in recent episodes.  Perhaps this is because there are multiple sports featured in Silver Spoon, although in reality, it’s just baseball and equestrian events.  Still, the balance between the two and the uniqueness of horseback riding certainly bode well for Silver Spoon, and alternating between baseball and equestrian provides the audience with a break and some diversity.  Rather than focusing too intensely on one sports, like what we see with most sports anime, Silver Spoon lets us see characters with differing personalities find something that they can enjoy.  And to differentiate the sports setting from the school setting, I’d say the sports aspects in Silver Spoon are a bit more exciting and passionate than the school side, save for a few choice scenes.  To me, Silver Spoon is better as a sports anime than a school anime because of these reasons.  That and I tend to rank most anime genre ahead of the school genre anyway… 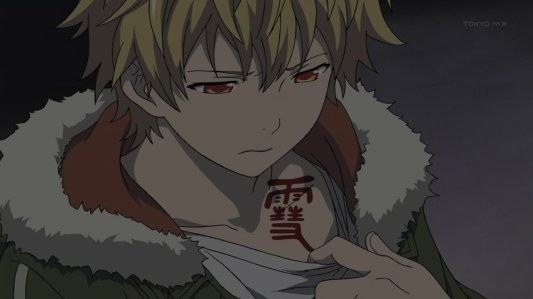 I can’t tell if we’re supposed to dislike Yukine or sympathize with him.  On one hand, the kid is a brat and has a negative personality, never willing to accept responsibility for his destructive actions and showing a lack of willpower and restraint.  You see the pain and suffering he’s caused for Yato and the hardships he’s placed on Hiyori.  Furthermore, you never really see him be thankful for what he’s received… which might not be much but still much more than he received as a tiny, little snowflake of a ghost.  So on this hand, you’re supposed to detest Yukine.  On the other hand, however, you’re dealing with a deceased and troubled teenage who obviously doesn’t know how to handle the situation he was forced into.  Yukine had no choice about his death and his forced ‘resurrection’, nor does he have the choice to be the servant of an unpopular and impoverished god who has little to no luck on his side.  Furthermore, Yukine has his own pain and suffering when seeing everything that he’s lost or unable to attain.  And Yukine has no place to besides Hiyori.  So on this hand, you’re supposed to sympathize with Yukine.

But to me, I don’t see it that way.  Or, perhaps more appropriately, I see the dislike hand to greatly outweigh the sympathy hand.  To me, I dislike Yukine’s character for what he’s done and how he acts.  I can understand and empathize with his hardships, or at least as much as we’re able to through the story, but his actions are reprehensible and appalling, especially toward Yato and Hiyori.  I can understand if he doesn’t like Yato and wants to fondle Hiyori’s boobs, but he should be more grateful to his new master and his only friend.  After all, it’s not like they’re going through their own difficulties and hardships too, with Yato struggling to survive (not to mention a deadly war with Bishamon) and Hiyori searching to reunite her soul with her body.  So to me, I can’t sympathize with Yukine… at least not now.  If he has a change of heart and realizes his mistakes and takes responsibility for his actions, then maybe I’ll change my opinion of Yukine.  But for now, I dislike him. 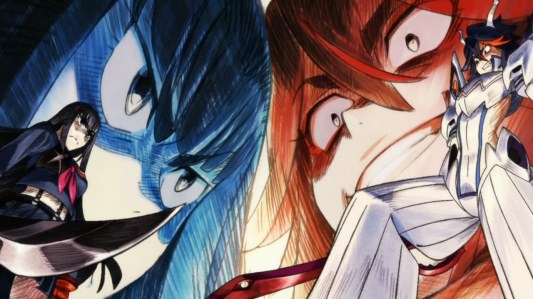 I always love it when people switch sides.  Absolutely love it.  KILL la KILL really knows what I want from an anime and it delivers every episode.  What more can I say when I gush and glow about it every week?  Or rather, what more do I need to say in order to express my admiration and gratitude for KILL la KILL?  I think this will do just fine. 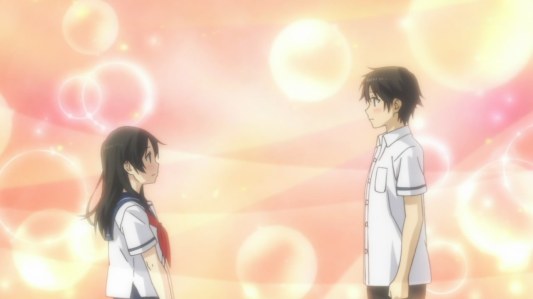 The confession scene in Inari, Konkon, Koi Iroha was outstandingly brilliant.  The duality of the scene is a stunning example of exceptional anime writing and the expression of Inari’s character was genuine and honest.  The fact that we saw her confess while disguised as another classmate might not count as much progress in the story… but that’s not what the point of this scene was.  We finally saw Inari confirm her emotions and be honest with herself.  Prior to the scene, it seems as though Inari had a simple crush, what is a relatively weak attraction in terms of a romance anime and something unfortunately common within the romance genre.  Here, however, Inari is able to put her feelings into words in front of the boy she loves and is able to articulate her love into something tangible.  Additionally, the fact that she does it in the form of another girl speaks volumes about her compassion and responsiveness toward others.  Although we don’t know how Inari would have reacted had Kouji accepted the request, we were able to see another window into Inari’s character and her selflessness toward others.  What makes a great character into a phenomenal character are scenes like these.  Witnessing this character growth and watching Inari mature as a human has really made this anime one of the best of this season.  It’s a shame that the series isn’t centered around Inari more and has to deal with Uka’s problems because the strength of the series is in Inari’s character and how she’s able to positively influence the lives of the characters around her. 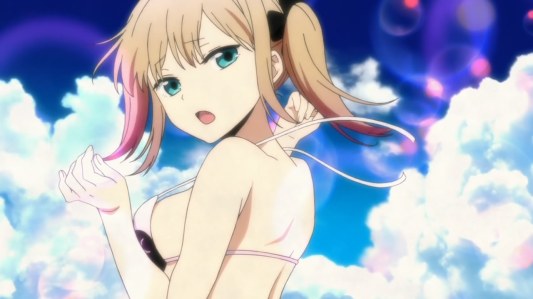 Of all the anime with fanservice in them, I strongly believe that Hamatora has the worst fanservice.  Or at the very least, the fanservice is always bad or disappointing.  With this as the beach episode of the series, featuring girls in bikinis and… well, just girls in general, Hamatora was somehow never fulfilling or rewarding.  Sure, there was a lot more skin and some fanservicey situations, but it’s nothing out of the ordinary for anime.  In fact, the most racy shot was Honey’s bikini top coming undone but… nothing happened.  And in previous episodes, the fanservice has always been rather tame or boring.  It’s like they wanted to include sexy fanservice but missed the point of it being actually ‘sexy’ or ‘service to the fans’.  Still… as bad and unfulfilling as the fanservice has been in Hamatora, it’s still far better than the atrocious comedy. 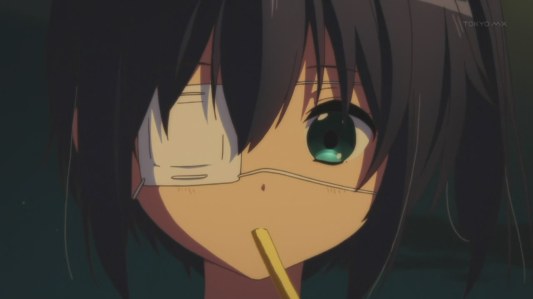 How does Yuuta, Rikka and everyone else always find these other chuunibyou people to do battle with?  Or rather, when these battles are happening, what do these other characters do?  To me, seeing all these other people with chuunibyou in the series just lessens the importance and distinctiveness of Rikka’s character.  The series is supposed to be built around Rikka’s delusions and childish behavior as what makes her character and this romance different.  But when you have a dozen other characters like her in the series, what’s left to make her stand out from the rest?  Besides her eye patch, I really fail to see how Rikka is different than Dekomori or Satone or the Maple Hill Siesta Club or even this new ‘fake’ Mori Summer.  After all this, I’m beginning to see Rikka as somewhat normal in this universe or, if not that, more normal than when we saw her for the first time.  It’s somewhat unfortunate to see the luster of Rikka’s character disappear from this season of Chuunibyou Ren, but it does mean for more beautifully animated battles in phantasmal or fantastic wonderlands… so I’m alright with this trade-off.

This entry was posted on March 9, 2014, 3:42 PM and is filed under 2014 Winter, Anime. You can follow any responses to this entry through RSS 2.0. You can leave a response, or trackback from your own site.