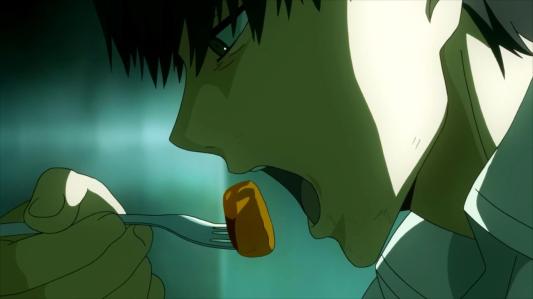 These first impressions posts will be divided into four separate entries and are organized by the date these anime aired. Hopefully all four posts will be out by this weekend since many of the shows, including everything in this post, have already debuted their second episodes. 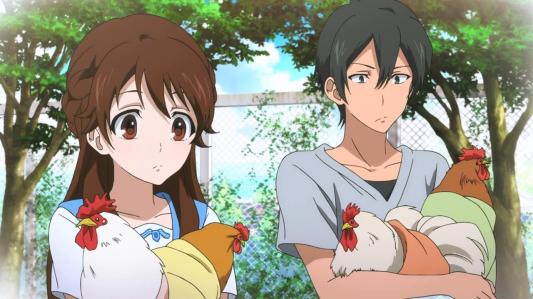 Glasslip is the quintessential PA Works anime. Before even beginning the first episode, you could tell Glasslip would feature that bright, cheery and unquestionably distinctive PA Works character design, that it would feature dazzling and brilliant background art, both for interior and scenic shots, and that the anime would be a relaxing slice-of-life/romance that explores the lives of a tight-knit clique of high school kids in a suburban seaside community. That much was known going into Glasslip, and the first episode did well in confirming our expectations. What the first episode did beyond that was that it provided us with a taste of its own personality. Not much can be said about how the anime will differentiate itself from all the other PA Works anime, especially shows like Tari Tari and Nagi no Asukara, but the show has a bit of a quirky personality and a thing for chickens. It’s hard to say how serious, how silly or even how sophomoric the anime will be, but the calming, tranquil atmosphere of the anime, combined with the elegant visuals and the amiable personalities of the cast, leads me to believe that I’ll enjoy this anime overall. I highly doubt that Glasslip will venture into the upper-half of my favorite anime for this season, but that’s fine for a show of this caliber and style. I’m anticipating that Glasslip will be both amusing and relaxing and be respectable choice of anime for the summer. 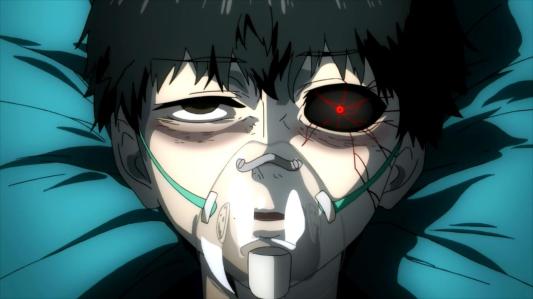 Although I expected there to be quite a bit of action and fighting in the first episode of Tokyo Ghoul, I was surprised to see the emphasis on the character’s emotions and their thought-processes. Most of the time, anime like these only offer a glimpse into the mind of their protagonists, but Tokyo Ghoul spent a significant chunk of its first episode inside the mind of Ken as a means to explore its main character and explain his thoughts, emotions and subsequent actions. Watching these characters analyze their situations, debate with themselves and then see how this affected them, especially in regard to the food and his identity as a human or ghoul, was easily the most attractive aspect of Tokyo Ghoul. If this anime continues to be a psychological horror anime like this first episode suggests, then I can see Tokyo Ghoul being among my favorite for this season. But… then there’s the rest of the first episode. That is to say, what keeps me worried about Tokyo Ghoul is that everything outside of those psychological scenes were generally pretty mediocre. While the art and animation during Rize’s assault and during Ken’s hunger crisis were superb, the rest of the anime felt pretty tame and bland. Overall, it’s a plus since the anime did look outstanding at times and can achieve that level again, but I have to wonder how this anime will perform over the course of the season when there aren’t fights or action-sequences in every episode. And while on that subject, the conclusion to this first episode was a bit of a downer. The whole fight/rescue/knowledge of underground ghoul organization for Ken to join is very, very shounen. It’s a development I’m not too thrilled about and leaves me wondering about the direction of this series. Still, I ultimately enjoyed the first episode and am intrigued to find out more about this setting and about Ken. Even if Tokyo Ghoul doesn’t live up to these new, loftier expectations, I’m still predicting that this will be a solid anime for Summer 2014.

Nothing in this post, which means the final two anime are… 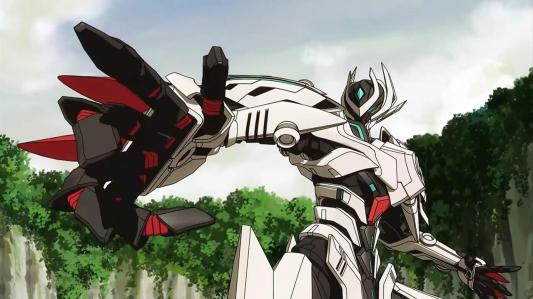 I have nothing good to say about Argevollen. The first episode of this mecha/war anime was just one giant cliché; it’s every mecha/war anime you’ve already seen before. You had the old, arrogant and villainous military leaders from the evil country who don’t care about their personnel dying during battle. You had the young commander who clearly wanted to disobey orders and save the lives of his soldiers because he’s really a nice guy who’s just misunderstood but ultimately followed orders because he’s on the evil side and that’s what those people do. Then you had our hero, who is an up-and-coming young punk who’s new to the military and mecha piloting but has his own sense of justice that is apparently more important than anything else in the world. You also had the young, sassy female sidekick who is a better mecha pilot and berates the rookie because that’s what they always do. And let’s not forget the cute scientist/engineer girl who is transporting this super high-tech and invaluable experimental mecha through a war zone and needs to be rescued by our hero because they had no one else around who could pilot it in case of an emergency. Well, it just so happens that our hero, who almost died and should’ve died, gets to pilot this super-powerful, awesome mech because not following orders was the right decision all along and he’s totally not going to be court-martialed for this when this is all over. Then the enemies that he had trouble beating before are now… yadda yadda yadda, you know what happens next and what will happen in the next 11 episodes. What makes it worse is that the first episode had terrible pacing, substandard art, and no good or fun characters. There really is no value in continuing to watch Argevollen, so I’m dropping it after just one episode. 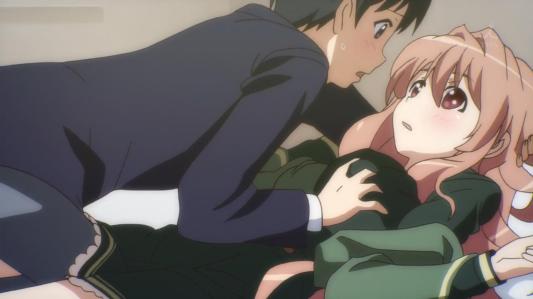 Rail Wars! is everything I don’t want in an anime put into an anime. The anime went right into a tailspin from the start with the scene where Aoi retrieves the balloon for the little boy. At first, you think it’s about showing how compassionate and athletic Aoi is, but the scene focuses on her breasts bouncing, then to the wind blowing up Haruka’s skirt and Aoi calling Naoto a pervert for looking. Great. Then there were the school scenes that should never have happened… especially the failure that was the “jiggle” scene. Seriously, they could’ve skipped the first half of this episode and the show would’ve been significantly better. But still, if it were the second half alone, it would’ve been dropped anyway. Just to summarize, there was even more terrible, terrible fanservice and the climax was stopping some thieves from stealing a purse. Wow. Other faults with this anime were the awful artwork, the lack of interesting characters, the fact that this anime takes itself seriously. Rail Wars! is all kinds of bad and likely to be the worst anime of the season. Save yourself the time and skip it.

This entry was posted on July 12, 2014, 5:01 PM and is filed under 2014 Summer, Anime, First Impressions. You can follow any responses to this entry through RSS 2.0. You can leave a response, or trackback from your own site.