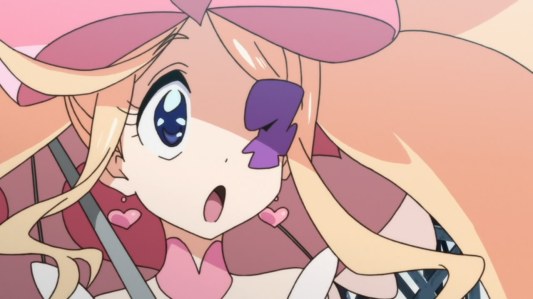 Some will argue that sakuga is the pinnacle of animation. It would be hard to argue against that. Ultimately, sakuga is known for its unparalleled quality, its aesthetic ingenuity, its dramatic emphasis, and its overall impact. There’s a reason why sakuga is so revered among zealous anime fans and rightfully so. However, in an anime celebrated for its brilliant animation, it’s the exact opposite that frequently stood out to me as having the most effectiveness. In fact, it was the absence of animation in KILL la KILL that earns a spot in my 12 Days of Anime, or more specifically, the impression from Nui’s lack of animation. I want to bring attention to how her simplistic motions were a complete contrast to everything else visually in KILL la KILL, and how her animations were some of the most effective that I’ve seen in an anime. 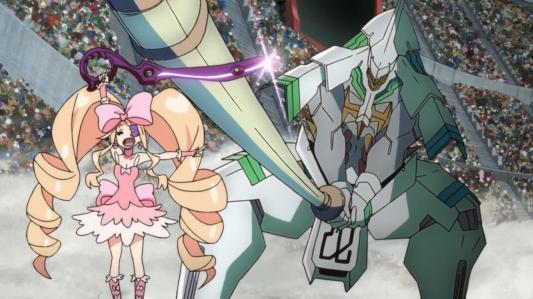 First and foremost, this is not an umbrella topic that covers all of Nui’s animation; in fact, she had a number of impressive sakuga sequences during some of the battles in the latter half of KILL la KILL that belong in the aforementioned category above. It’s also worth noting that other characters were featured like this too, with Mako frequently taking this style during her extensive explanations or for the fourth episode where everyone adopted a silly, chibi art style. Nevertheless, this post is directed on Nui’s very simple movements. And the reason I am using movements here over animation is that a number of the most memorable shots were when static animation cells of body parts moved on their own. Whether it be her hands clapping, her head tilting, her body bending sideways at the waist, her arm elongating rather than swinging her sword, or maybe the most prominent, having her arms just plop right off after Ryuuko slices them, Nui was comprised of something more than Life Fibers… she was made up of an animation style unlike anyone else in KILL la KILL. 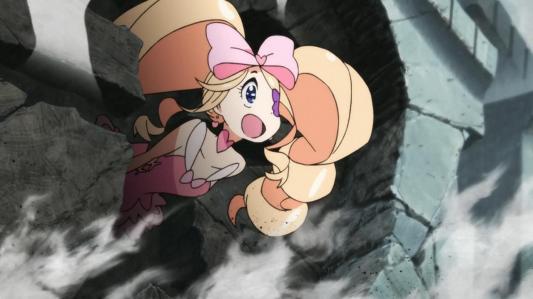 And because her animation style was so idiosyncratic, her character filled a unique niche in the anime; Nui fit in a role that made her feel different than everyone else in KILL la KILL. Her personality, appearance, and attitude were also a direct clash to everyone else, and the creators of KILL la KILL utilized these differences to make her special among the regular cast of characters. And while these three attributes worked well to make Nui such a distinctive character, her movements was easily the most effective means of transforming her character into something so memorable. 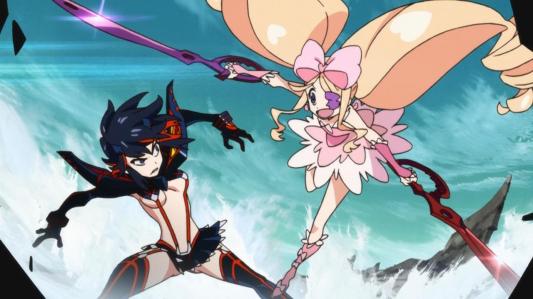 KILL la KILL is an anime known for its extraordinary and vibrant animation, so it may seem somewhat odd for me to place such an emphasis on the lack of animation for one specific character. But it’s the choice of limiting that character’s animations that made Nui feel unlike everyone else. The brilliant minds behind KILL la KILL made a decision early on to animate Nui in such a specific manner as a method of defining her character. Yes, Nui was crafted and developed to be a sophisticated rival to Ryuuko, and her role in the story is what fashioned her personality, appearance, and attitude… but there’s nothing about her role that means her animation style should be so distinctive. Instead, to make Nui reach that level of spectacular rival from a simple antagonist, KILL la KILL decided to make her animation style the opposite of everyone else in the series. And look how it worked for her character compared to the other antagonists of the series. Nui would be forgettable if all she had was her role, her behavior, her looks and her arrogance. But, because of her unique animation style, Nui quickly became one of the most memorable characters of the year and why I find her animation to be some of the most effective in 2014. 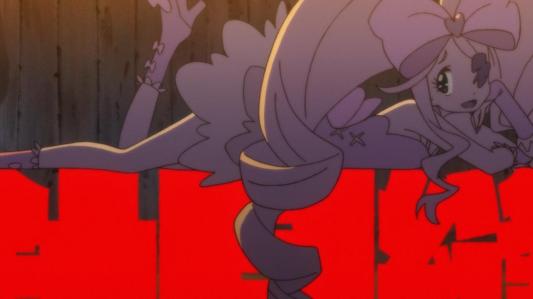 This entry was posted on December 15, 2014, 8:04 PM and is filed under 12 Days of Anime, Anime. You can follow any responses to this entry through RSS 2.0. You can leave a response, or trackback from your own site.