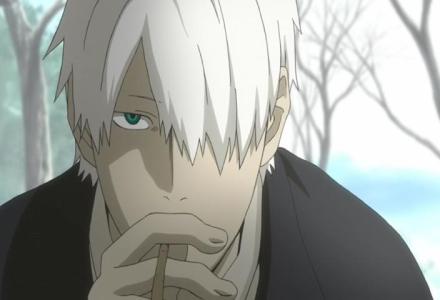 Mushishi was always near the top of my ‘To Watch’ list due to how I perceived I would enjoy the anime as well as the widespread appreciate and approval for the series. However, like most of the anime in my ‘To Watch’ list, I am never able to find the time to watch shows considering how dense my schedule is every season. I suppose I could always drop a handful of the lesser shows each season and work on my backlog, but it’s not like these lesser anime have no value to me, especially considering the social context with many other people watching the same shows as me and thus having a platform to discuss it. Still, the time was right to watch Mushishi with the sequel, Mushishi Zoku Shou, starting up in the Spring of 2014, so I blocked off some time and made watching Mushishi a priority.

Even though I fell in love with the anime midway through the first episode (I just knew that I would love Mushishi), the journey through Mushishi’s 26 episodes and the special OVA made me realize (again) just how important my backlog is. Of course, not every anime will be as captivating or appealing as Mushishi is, but the anime skyrocketed up my list of favorite anime of all-time, and laid the foundation for Mushishi Zoku Shou to be among the very best anime of 2014. Mushishi is a reminder of all the potentially great anime that I have yet to watch, that were recommended to me by friends or that somehow found their way to me through my adventures through the internet. 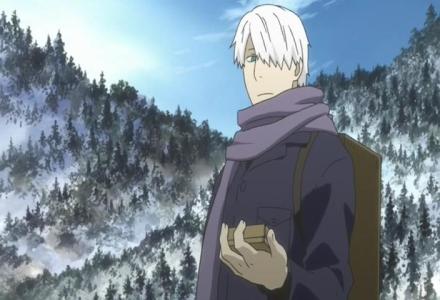 I suppose the lesson here is to put more emphasis on working through my backlog and find a means to balance those anime with the currently airing shows. However, the question is always what is optimal within the context of everything else occurring in life. If only it were as simple as picking an anime and watching it, budgeting and scheduling time for anime is often an intricate process that changes week-to-week. Additionally, with the time it takes to blog, it means I have less time available to go back and watch some of these backlog anime or other anime that are airing this season. In fact, one of the core themes among these 12 Days of Anime posts for me will be able budgeting my time and trying to find the best means of watching anime. And one of the success stories of this year was making room for Mushishi which is easily one of the best anime that I watched in all of 2014. Yes, finally giving Mushishi a chance after all these years is easily one of my favorite moments of 2014 and it earns a spot among my list of Day 8 anime. Now we’ll just see how well I manage my backlog through 2015… 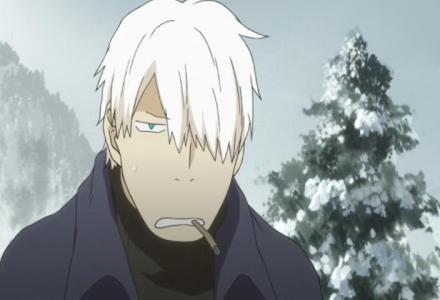 This entry was posted on December 18, 2014, 9:48 PM and is filed under 12 Days of Anime, Anime. You can follow any responses to this entry through RSS 2.0. You can leave a response, or trackback from your own site.