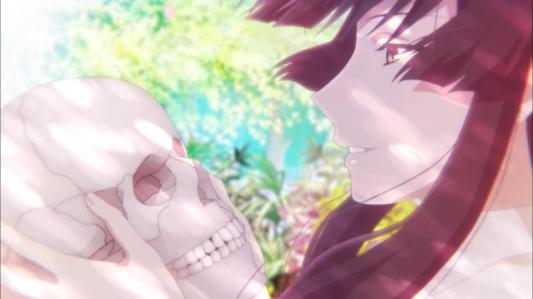 I realize that this post is being published three weeks or so after these anime debuted, but I’ll have time this week to begin catching up on everything with the plan to be current by Halloween. Of course, that’s always the plan, to be current, so we’ll see how well I catch up on anime now that things are calming down. 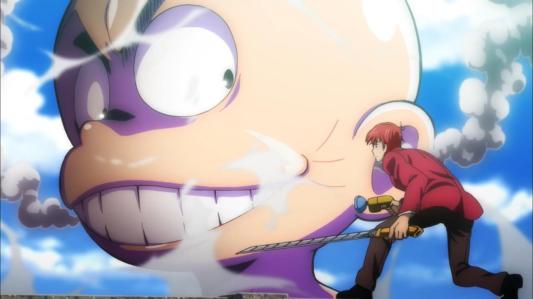 I didn’t think much of Osomatsu-san when researching the Autumn anime season. To me, it seemed Osomatsu-san would be a modern adaptation of an old gag manga, Osomatsu-kun, that earned fame and acclaim in the 1960s. I’ve always enjoyed gag comedies, but thought that an anime in this older style wouldn’t entertain me as much as other comedies this season. And wow, could I have been more wrong about that?

Osomatsu-san easily had the most impressive and surprisingly introduction of any anime this season and possibly even this year. Not only does the anime feature outstanding writing, build-up, and timing, but it’s self-aware and was able to incorporate a number of modern parodies while still remaining true to its roots, the 6 misfits that are the Matsuno sextuplets. I was blown away by this first episode, thoroughly impressed with every aspect about it. The only reason why I’m undecided on it for now is because I’m sure the anime can’t sustain this type of content or humor throughout the whole season, because it’ll become stale after an episode or two… but I am confident that the anime will be able to deliver some meaningful entertainment value this season. I want to see another episode or two to see what the majority of this series is like before I decide on keeping it or not. However, after that first episode, I’m pretty sure this has the writing and style to keep me smiling and laughing this autumn. 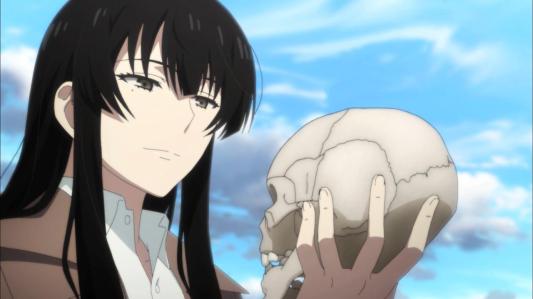 I already know the twist that will occur at the end of Sakurako-san. After twelve heartwarming episodes between Shoutarou and Sakurako, we’ll find out that, after all their wacky and crazy adventures, that Shoutarou is actually a dog. How did I find out this astonishing surprise after only one episode? It’s actually quite obvious… the fact that Shoutarou is loyal to Sakurako for seemingly no reason, how Shoutarou gets excited over “treat” for being a “good boy”, the fact that he was digging up bones with his hands paws… eventually, we’ll find out that Shoutarou is a delusional puppy who sees himself as a human alongside Sakurako-san and that this is actually a sequel to Dog & Scissors (Inu to Hasami wa Tsukaiyou) but actually good.

Joking aside, I found Sakurako-san to be pretty alright, pretty average. The visuals are quite stunning, with a number of gorgeous scenery shots helping establish the setting and mood of each scene. I’m particularly keen on the spectacular use of colors during dramatic moments, especially with how they emphasize Sakurako’s character. Those parts are great. The rest? I’m really struggling at liking any of the characters, principally Sakurako and how she treats Shoutarou. I’ve never really enjoyed a blatantly obvious romance like this between two characters of this type: an ojou-sama who acts above her friends and orders them around like a guard dog and a protagonist who blindly follows everything the ojou-sama says because he wants to bone her. The two couldn’t be more disconnected, and yet they’re together because “romance”. I don’t think I’ll ever like either character and that’s what might doom this anime to being dropped. The way the mystery was presented and solved was almost too quick, considering that the first half of the episode was devoted to developing the two leads, so I’ll need another episode to determine whether I like this style of mystery or not. What I want from the second episode is there to be more emotion and connection between the two characters and for the mystery to more than just ‘I looked at the bodies and now know everything’. If it can do that, then maybe it’ll get a third and fourth episode from me. 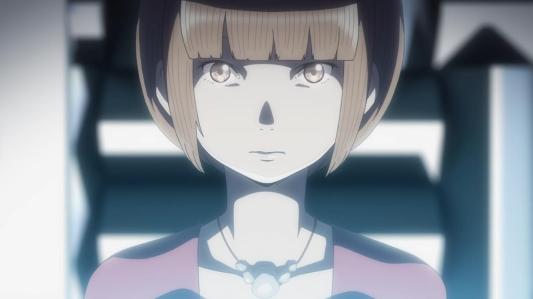 Subete ga F ni Naru shows potential with its characters, its setting, and its story, but really failed to capitalize on any of them by dragging its feet with this first episode. To say it was underwhelming would be an understatement, what with all the dry and repetitive dialogue. I can’t say I care too much for the characters after just one episode, but I feel as though they’ll be good players for a mystery given their supposed intellect. However, the characters feel flat, devoid of behavior that would otherwise make me believe they’re human. The only character with a personality is Moe, but I don’t like her very much, so that doesn’t help. Really, the only thing that’s keeping this anime afloat with me is its potential… and I saw enough of it to give it another episode to see if anything materializes. The first episode was lethargic and boring, so the style and content need to change for me to even consider keeping this… and that’s exactly what I think will happen. Still, there were a number of issues with this first episode, for me, so I’ll be weary of future episodes if it continues at this pace or with this format of storytelling. However, that will be left for me to decide when I watch episode 2. 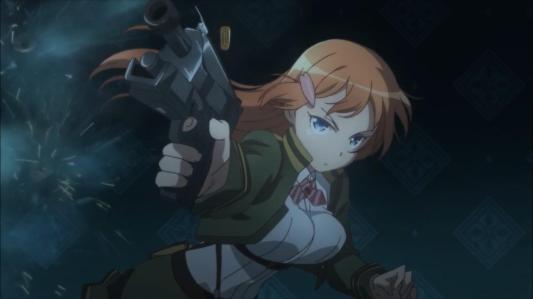 Oh, right, that’s why I usually don’t watch these anime… Taimadou Gakuen 35 Shiken Shoutai isn’t a terrible anime, though I must admit that parts of it were terrible. No, the main issue with Taimadou Gakuen is that it is incredibly generic and feels like the combined elements of 100 mediocre anime I’ve watched previously. There’s little to no individuality with the anime and it feels like the byproduct of an anime fan wanting to write an anime about anime. There’s almost no style or substance to the anime, but I’d be lying if I said I hated it. Rather, I enjoyed bits and pieces, and am curious if the anime just needs some time to set its foundation before going forward. I’ll give it another episode to see if it can improve on its characters and develop into something worth watching, but it’ll need to do it quickly. Taimadou Gakuen doesn’t have a lot going for it now, but I’ll give it another shot to see if it is worth saving.

So yeah, nothing is dropped, but I doubt I’ll keep all four of these anime. I’ll need another episode to see what’s moving into the upper category and what’ll move down to this category.

This entry was posted on October 28, 2015, 6:46 PM and is filed under 2015 Autumn, Anime, First Impressions. You can follow any responses to this entry through RSS 2.0. You can leave a response, or trackback from your own site.