I realized that we watched an uncensored version of Fate/say night: Unlimited Blade Works at Sakura-Con only after watching the TV broadcast version later in April. I was so excited to hear my friend’s reaction to the scene when we were watching the episode together that I kept building it up way before we even started the episode (and probably when I returned home from Sakura-Con that night). So when this particular scene came, and was replaced by a black screen, I felt cheated. The experience was diminished for him… or at the very least, not the same. In fact, it was not the same for the majority of anime fans who watched the TV broadcast, and only will watch the TV broadcast, since it was a black screen for every TV station I found.

In fact, I felt so jaded about the whole situation, that I wrote about it back during Week 3 of the Spring 2015 anime season (back when I had the time to write Weekly Anime posts). I wrote:

One of the events at Sakura-Con this year was the premiere of the first three episodes of the second season of Fate/stay Night: Unlimited Blade Works. And as such, the last episode we saw was the one that aired this week. However, when rewatching these episodes, I’ve noticed a few differences between the version aired at the anime convention and the ones shown on Japanese television. For one, the bloody scene at the end was censored. Of course, most of that scene was left unmodified, but I do remember two cuts being altered for the television broadcast. The most obvious is when Gilgamesh turned to Illya, with one of the sword scenes cutting to black before showing the gruesome details. It doesn’t really take away from the impact or weight of the scene, but it was a bit odd, for me, considering I was expecting it again and not a cut to black. For those interested in what was censored, it’d probably be best to wait until the Blu-rays are out since I expect them to be included there.

And now, many months after the fact, the BDs are out!  And the scene is included in all its bloody and gruesome glory! In fact, here it is below: 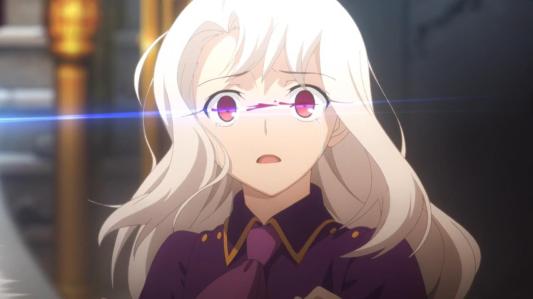 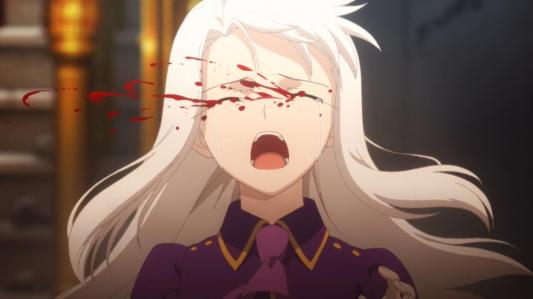 Of course, the shot was only 15 frames (0.5 seconds), and it might be hard to appreciate it when its presented like this and not after an emotional 45 minutes, but it was the dramatic impact of the scene, the censorship of the broadcast, and me hyping the incident that made this one of the most unforgettable moments of 2015.  And now that I look back on it, the scene was just 0.0000000158% of this entire year… and though it was gone in a moment, that scene was easily one of the most influential scenes of the year.  And those 15 frames were more than enough to start of my 12 Days of Anime for 2015!

This entry was posted on December 14, 2015, 12:00 PM and is filed under 12 Days of Anime, Anime. You can follow any responses to this entry through RSS 2.0. You can leave a response, or trackback from your own site.