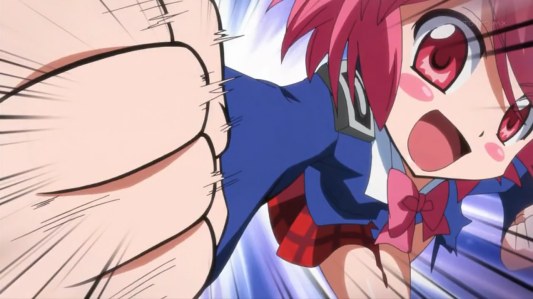 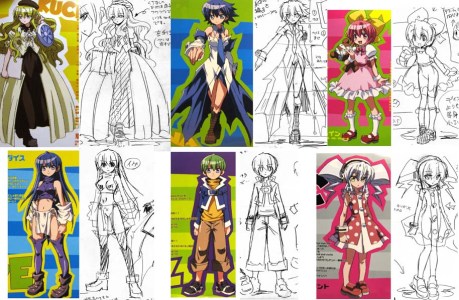 First, some background before we get to the panel. The image above, taken from Imai Kami’s website, shows Hiromi Katou’s character designs for Kuchinashi, Setsuna, Mio, Eve, Cruz, and Disk side-by-side with Imai Kami’s sketches. As you can see, the character designs really do capture Imai Kami’s distinctive style, but also retain some of Hiromi Katou’s qualities that you can see from his original character designs, like Guilty Crown. I am very happy with the character designs for Needless since it retained the spirit and style of Kami’s designs but were adapted to fit in with the flow and movement and color of the anime. For example, if you go through the Needless manga, you’ll notice that the art style evolved over the years and that the colors change over time (especially eye color, hair color, and clothing accessories), so Katou provided consistency there. You’d also notice that some of the colors are different between the manga and the anime, such as Kuchinashi’s, Setsuna’s and Mio’s panties being changed to yellow, blue, and pink to match their hair color. So, with that in mind, I found Katou’s updates to Kami’s characters to be positives for the anime. 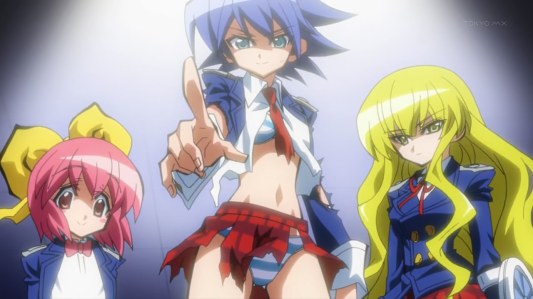 Anyway, with that in mind, I developed some questions for Katou based off my previous observations between the anime and manga. When the Q&A panel began, I stood up and asked Katou about his experiences adapting manga characters. Specifically, I asked him how he goes about selecting character designs for a manga when the art style changes, as it did for Needless from 2003 to 2009, when it was produced. Katou started off by saying it was an excellent question (which made me happy), and answered it by saying they typically take the most recent versions as so they can match the current manga. The example he brought up was his work as the character design and animation director for CLAMP in Wonderland 2, which featured CLAMP characters from manga between 1995 to 2006. Because CLAMP’s style had changed and many of the characters were in manga that finished in the 90s, he had to update a number of characters to match the more recent designs, such as those seen in xxxHOLiC and Kobato. With that in mind, it answered my question about the designs used in Needless, such as details about Blade’s and Setsuna’s hair, Cruz’s eye color, and other details that changed over time. 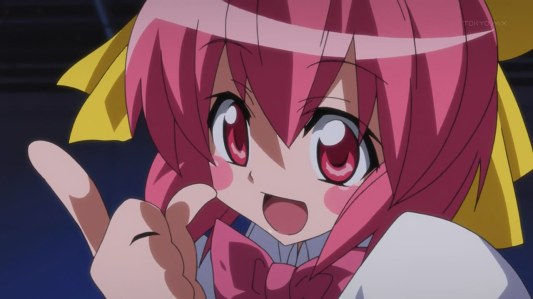 My last question was more general but more directed about Needless, asking him about his experiences working on that anime. His answer, quite frankly, surprised me. He said that he was originally working on another anime (at the time, he was working at Madhouse, so most likely Kobato.) but was pulled onto the project because the original character design was struggling. Katou never said who the other character design was, but said that he was stressed because he was working on two anime instead of one, which is what he was expecting. Still, he said he enjoyed it and later, during another question, expressed that he would like to go back and rework the designs, if he were able. To me, this shocked me because I found the character designs to be exceptional, especially in how he was able to retain Kami’s style in an anime form. I’ll admit I am even more impressed with his work here considering that he did all that in an emergency situation and while working on another anime. 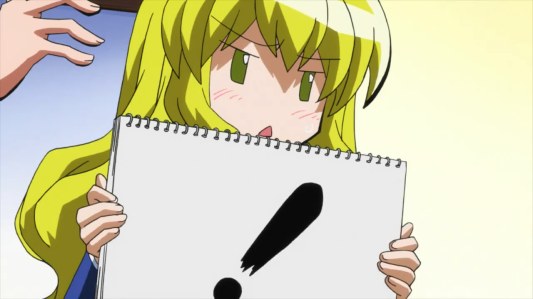 At the end of the panel, I made my way up to the front to thank him for his time and for his work on Needless. Through a translator, I expressed my gratitude for his accomplishments and also told him that he designed my favorite anime character. Katou had a quick laugh and the news brought a warm smile to his face. I can’t tell for sure since I don’t know how much he cared for Needless, but I think hearing that made him thrilled. I certainly hope he was delighted to hear that fact, and was lucky enough to earn his signature on the back of my Sakuracon badge, which is sitting on my bookshelf by other anime products and souvenirs. 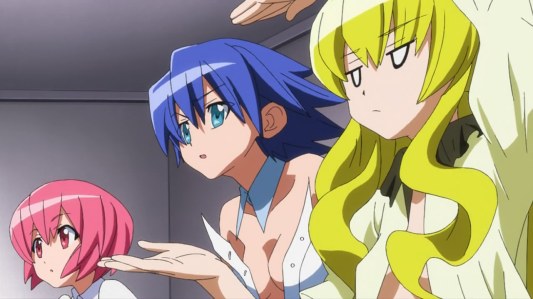 And that was it. That’s all I was able to obtain from Katou. Of course, many of the other attendees in the audience were asking questions about a host of other topics and subjects and anime, but hearing about his experience on Needless was truly special to me. I never really thought I’d get to meet someone who worked on Needless, let alone ask them questions about adapting the manga style or how they came about to work on this project, so this experience was truly tremendous and unforgettable. I am thankful that I was able to attend such an extraordinary panel and take away this invaluable information and an autograph to remember it by. I’ll never forget these memories, and thought it would be an outstanding experience to share as Day 2 of my 12 Days of Anime. 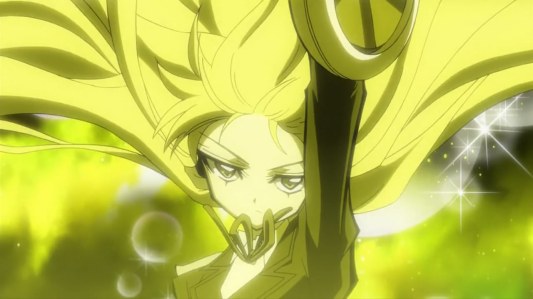 This entry was posted on December 24, 2015, 11:55 PM and is filed under 12 Days of Anime, Anime, Me + Other Non-Anime Posts. You can follow any responses to this entry through RSS 2.0. You can leave a response, or trackback from your own site.