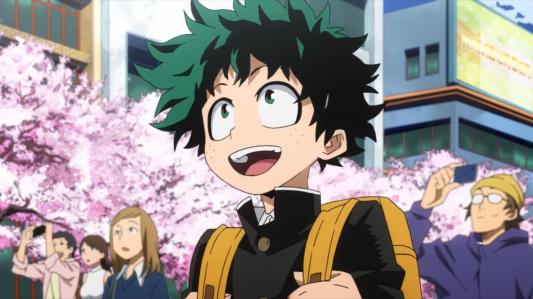 Given the size of the season, the number of shows I am planning on watching, the order in which they air, and the process for which I create these posts, I am anticipating that there will be 3 more First Impressions posts for Spring 2016 following this one.  The idea is to divide these up into smaller sets with the hope that they will be written as they premiere… But, the reality is, I’m already way, way behind and now it’s time to play catch-up.

The question heading into Uchuu Patrol Luluco was whether there was any substance in this anime, how the characters and story would be presented, and how the mood and setting would be handled with all that pep, personality, and passion.  Now, the question is, why did I even worry?  No, I still have some doubts about the fundamental elements of Uchuu Patrol Luluco, but it’s the style and sensation of this anime that makes me hungry for more.  Luluco is fun, even when it’s not funny, and you can tell that everyone involved in this anime, from the production to the directing to the animation, is having a great time with this show.  And Uchuu Patrol Luluco is endearing, attributable to its delectable, chibi art style and its cheery, enthusiastic, and unlucky protagonist, Luluco.  I’ll definitely be keeping Uchuu Patrol Luluco this season, and I strongly encourage everyone to check it out, if they haven’t done so already.

Well, that certainly was something unanticipated.  To say Mayoiga is unconventional or odd would be an understatement considering its characters, themes, atmosphere, and well… everything.  Mayoiga has a strange and unique personality as an anime, and its distinguishing itself from others this season with its enormous cast and horror/terror ambiance.  You can tell that most of these characters are going to die, right?… or, that is to say, if they’re not already dead.

I’m not sure really how to feel about Mayoiga at this point since we’ve only been just introduced to the characters and the weirdness of the series, but it has caught my attention.  I am leaning on keeping this one just because of how different it is and how it can go in really any direction from here, but I do want to wait and better understand of the other shows this season and how to budget Mayoiga in.  For now, it’s waiting in limbo… just like all the characters in this anime (according to my theory). 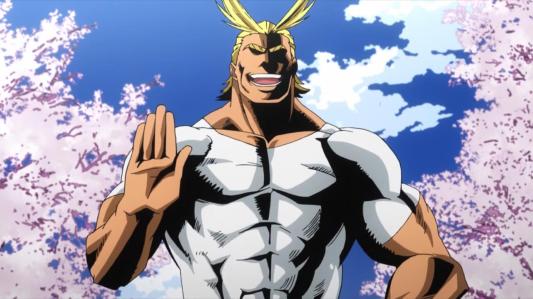 The first episode of Boku no Hero Academia certainly makes a strong impression with its setting and characters, but I’m not sure if it serves as a good representation for how the remainder of the series will be.  For instance, we’ve only met 3 of the approximately 21 characters in the OP and have yet to see the infamous UA High School, so it’s hard to gauge how I’ll enjoy this anime when I have no idea what the majority of the series will be like.  Still, this first episode left me impressed and wanting more of this type of content.  In fact, probably the biggest complement I could give it is that Izuku’s admiration of All Might, his desire to have a Quirk, and his dream of becoming a hero parallels many of the themes of Cruz from Needless, which is still the peak of character development in my eyes.  With that, you can tell Boku no Hero Academia is off to a great start.  However, I do want to see more of this anime and of other anime this season before I make a commitment on Boku no Hero Academia.

Although I am grateful that we finally have a Phoenix Wright anime, this isn’t what I want.  My primary issue – and the main reason why I am dropping it – is that Ace Attorney doesn’t feel like an anime. Rather, it feels like playing the Ace Attorney game or, perhaps more appropriately, watching someone else play the game for you.  The idea of the Ace Attorney franchise is that you are the protagonist and that you must think, analyze, and act in order to defend your client.  The magic and intrigue of this world famous franchise is gone when the anime removes the player from that role and places them in the crowd.  There’s a major disconnect from being the attorney and watching the attorney, and it just doesn’t feel the same.  Not only that, but the structure and pacing in this first episode was stiff and rigid, that it had to adapt the game faithfully but took that notion way, way too far.  At this point, why not just play the game if you’re new to the franchise?  I don’t really see anyone enjoying this anime unless they are absolute die-hard fans of the Ace Attorney franchise… and, evidently, I am not.

This entry was posted on April 9, 2016, 12:20 AM and is filed under 2016 Spring, Anime, First Impressions. You can follow any responses to this entry through RSS 2.0. You can leave a response, or trackback from your own site.