Archive for category 12 Days of Anime

END_OF_DOCUMENT_TOKEN_TO_BE_REPLACED 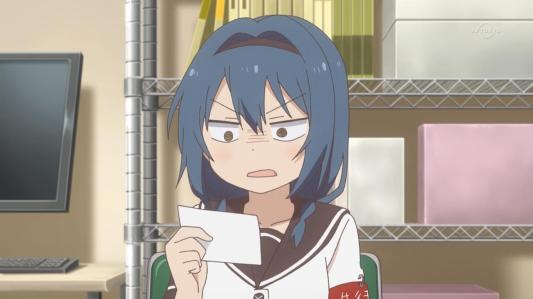 This might seem like an odd topic for a 12 Days of Anime post, but it’s a topic worth discussing given how it continues to grow on me every year and with every new anime. In fact, it’s routine for me now, something constant and universal that occurs every time I watch an anime. And it’s a subject that can be entrusted quite easily by the number 123,714. So, what exactly does 123,714 mean?

END_OF_DOCUMENT_TOKEN_TO_BE_REPLACED

I first stumbled across JoJo’s Bizarre Adventure many, many years ago, in the mid-2000s, when I kept coming across references to Jotaro, Dio, and Stardust Crusaders around the internet. At the time, I did limited research into the series, but quickly discovered the appeal and charm of the franchise. It was at that time that I watched bits and pieces of the JoJo’s Bizarre Adventure OVA (1993), including what became my favorite moment in the series thus far: the “fight” with D’Arby the Gambler.

END_OF_DOCUMENT_TOKEN_TO_BE_REPLACED

Art books are arguably my favorite item of anime merchandise (of which, I own 18). And Imai Kami is undoubtedly my favorite manga artist. So when the Imai Kami Visual Collection, Nirai Kanai, was announced to be sold in June 2014, I was positively ecstatic. For the first time, there would be a printed compilation of his various works from both Needless and Shirasunamura, as well as other works in magazines and online sources. However, there was a major bonus to this art book that made it even more unique and exceptional among its peers. Since its completion as a doujinshi in 1999, Imai Kami’s first printed work, the 330 page BLACK SPOT, was being reprinted and bundled with the art book. After 15 years, the work that originated Imai Kami’s career and was the foundation and basis for my favorite manga, Needless, was finally available to the public. Without a doubt, the Imai Kami Visual Collection is the best thing to happen to me in 2014.

END_OF_DOCUMENT_TOKEN_TO_BE_REPLACED 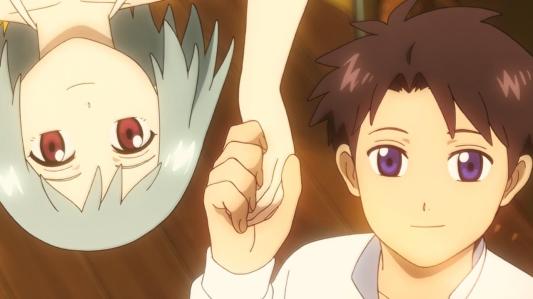 I’ve been terrible with staying current on anime movies. As you can probably guess from how I struggle to stay on time with my TV anime and with my blog posts, you can imagine how difficult it is for me to be up-to-date on all the anime movies that air every season. And with my movie backlog continuing to grow and grow, I made a decision early on in 2014 to make an effort to watch anime movies this year… and not just the ones that air, but to go back and catch up on all the ones I’ve missed.