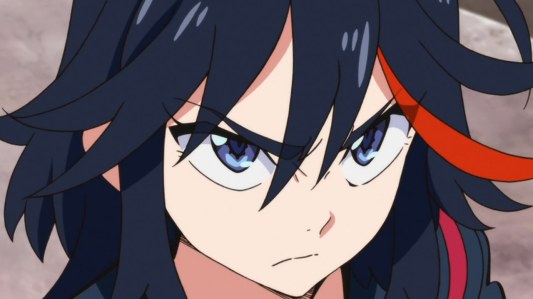 Can you name your favorite anime character?  How about your second favorite?  What about third?  Fourth?  What about fifth and sixth and onward?

For some, naming a favorite character or ranking favorite characters is a simple exercise, assessing and evaluating individuals based on their appearance, personality, actions and quirks and ordering them based on their final valuation.  For others, it’s an impossible task; one that varies every time you ask due to differences in mood, memory and the fact that they do not have such a list written down.  For me, however, I do have such a list – a basic one, at least – that answers this question or me whenever I think about it and wonder what I like best about anime characters.  For anyone who knows me well, you’d figure that Matoi Ryuuko of KILL la KILL would immediately skyrocket up this list based on what we’ve seen.  You’d be right, in fact, especially since Ryuuko is second overall.  Considering how extensive this list must be considering the breadth of anime I’ve watched over the years, to have an anime character place second overall is nothing short of impressive and deserving of Day 2 in my 12 Days of Anime.