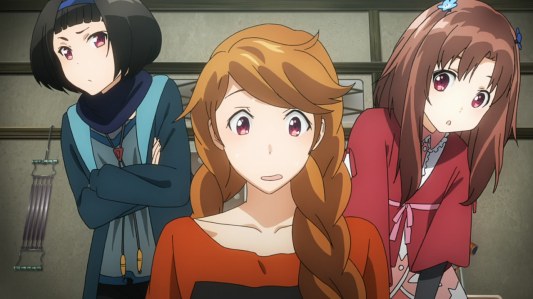 This week: explaining why what we’re watching now is Samurai Flamenco “B”, the contrast in perspectives between Kaiki and Araragi in Monogatari Series Second Season, analyzing the various time periods and settings shown in Magi: The Kingdom of Magic, and recognizing why Little Busters! Refrain is performing much better than its first season.