END_OF_DOCUMENT_TOKEN_TO_BE_REPLACED

This week: an analysis of Mako’s character in KILL la KILL, developing the racist schoolgirls into characters in Nagi no Asukara, enjoying the level of detail in the setting of Samurai Flamenco, and pretty much hating the Galileo aspects of Galilei Donna.

END_OF_DOCUMENT_TOKEN_TO_BE_REPLACED 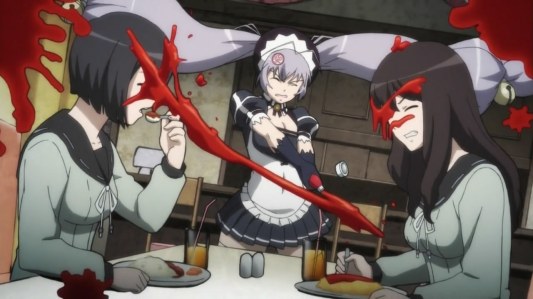 This week: thinking ahead on how the weather could be used as a means of conflict in Suisei no Gargantia, weighing in on two fascinating story mechanics in Kakumeiki Valvrave, the fantastic use of voices in Chihayafuru 2, and examining the personalities of Emi in Hataraku Maou-sama! and Misaka in To Aru Kagaku no Railgun S.

END_OF_DOCUMENT_TOKEN_TO_BE_REPLACED

The setting of an anime is visually expressed through the various architectures and environments.  Magi has featured a number of diverse physical settings thus far and has done well communicating these to us through its use of dazzling and detailed backgrounds and sceneries.

END_OF_DOCUMENT_TOKEN_TO_BE_REPLACED 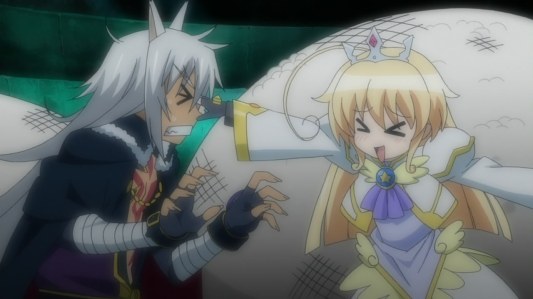 Though I have been singing the praises of Dog Days’ since about the start of this second season, it’s time to mention some of the negatives of this series seeing as they’re often ignored or overlooked in recent posts.  And while the anime has been a step up of the first season in many key components, there are still some aspects of the original series that outclassed this sequel in additional to other questionable differences.  Here, we’ll look at some of the areas where Dog Days’ is inferior or subpar to first season or general subjects where there’s room for improvement and growth.