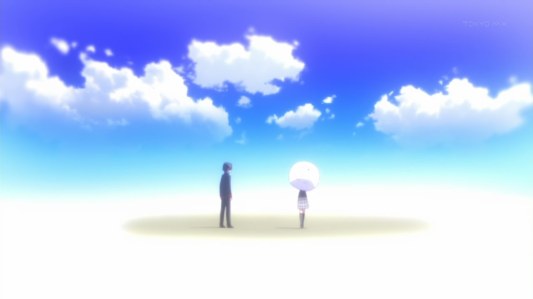 END_OF_DOCUMENT_TOKEN_TO_BE_REPLACED

Posted by avvesione in Anime, Jormungand on June 8, 2012 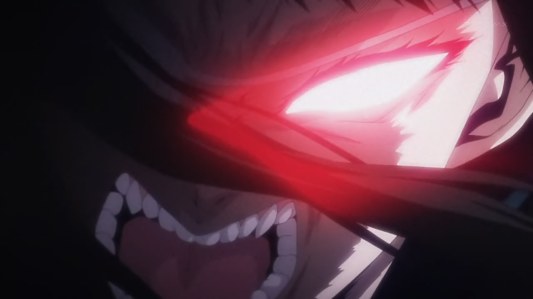 What is it about the action in Jormungand that causes it to be tedious and unsatisfying?

END_OF_DOCUMENT_TOKEN_TO_BE_REPLACED

Posted by avvesione in Anime, Sakamichi no Apollon on April 20, 2012

Fear exists in every anime and it manifests itself in varying forms depending on the genre and the characters. In Sakamichi no Apollon, fear is not a foremost aspect; Sentarou is fearless, Ritsuko shows no distress, and Kaoru does surprisingly well given his personality.  But fear exists in Apollon and it is primarily shown in Kaoru’s character as an obstacle to his goals.  Rather than take the popular approach and show Kaoru nervous and timid around the girl of his dreams, conversely it’s quite the opposite with our protagonist, Kaoru’s fear was presented in relation to music, specifically playing jazz in front of others.  Despite his love for the piano, his newfound familiarity in jazz, and the opportunity to join in a spontaneous and groovy jam session, Kaoru declined as best he could.  And as it turns out, it would’ve been a mistake if he didn’t join in.  Though seemingly an inconsequential detail in Sakamichi no Apollon, fear is producing a considerable influence in the anime.