This week: questioning the purpose of Yukine’s self-study in Noragami, rationalizing the roles of the anime-original characters and the stagnated romance in Chuunibyou Demo Koi ga Shitai! Ren, why I wish Silver Spoon had virtually no comedy, and the unnoticed, ‘other’ languages in Space Dandy.

END_OF_DOCUMENT_TOKEN_TO_BE_REPLACED 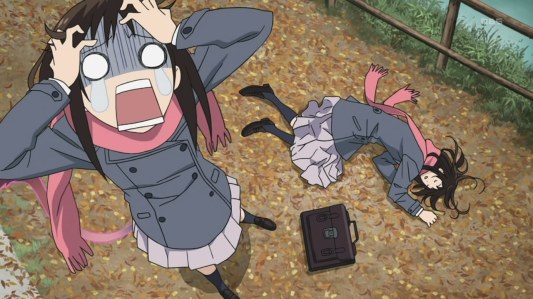 Last week: the reasons why Inari will have phenomenal character development in Inari, Konkon, Koi Iroha, the diversity of applications and meaning of a catgirl’s tail in Noragami, how Vice President’s Dog is replacing Pork Bowl’s role in Silver Spoon S2, and appreciating the many comical references in Hoozuki no Reitetsu.

END_OF_DOCUMENT_TOKEN_TO_BE_REPLACED 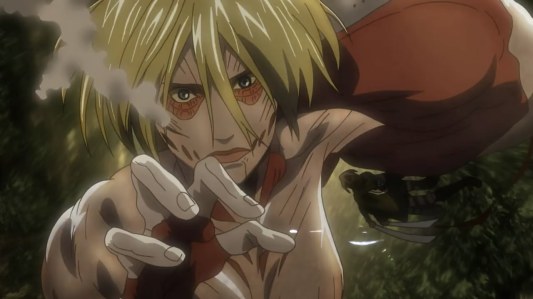 This week: appreciating the use of color and lighting in Monogatari Series Second Season, thoughts on the specific location of human settlement in Shingeki no Kyojin, how Sonora’s addition shifts the character dynamics of Stella Jogakuin Koutouka C3-bu, and ideas on how to improve upon the detective/mystery carousel which is Danganronpa.

END_OF_DOCUMENT_TOKEN_TO_BE_REPLACED 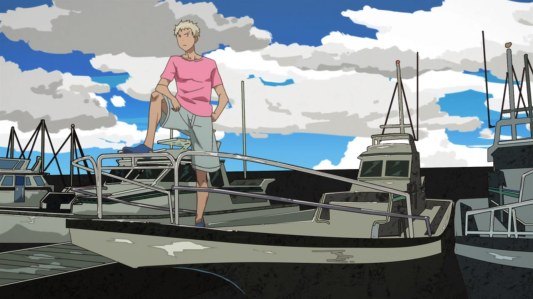 This week: understanding and appreciating opinions in Hyouka, an older brother anime to Space Brothers, the effects of inappropriate storytelling in Mouretsu Pirates, and a marvelous aesthetic touch in Medaka Box.

END_OF_DOCUMENT_TOKEN_TO_BE_REPLACED 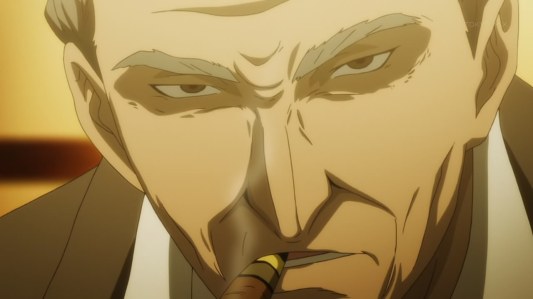 Though the frequent skirmishes, provocative action sequences, and persistent use of modern weaponry are the principal attractions of Jormungand, it is actually the business of selling weapons that drives this anime.  And though there is this constant reminder of how the effects and influence of guns are what shape the world, there’s that required step of currency prior to weapons that permits that philosophy to be true.  Yes, while often indirect or merely overlooked, Jormungand boasts a surprisingly robust industrial and fiscal side that suggest that this is quite the economic anime among its numerous other strengths.  The commercial side to Jormungand is an essential characteristic to the series; it is used to explain how and why Koko encounters and connects to everyone and everything.  Just as it is the guns that influence the world in Jormungand, it is the trade of weapons that controls the story of Jormungand.

END_OF_DOCUMENT_TOKEN_TO_BE_REPLACED

Posted by avvesione in Anime, Nisemonogatari on February 5, 2012

Although it depends on each specific character and varies on a case-by-case basis, I tend to like antagonists in anime.  Generally speaking, what fascinates me about villains or adversaries are not that they’re commonly portrayed as wicked, evil, or used in a negative manner but rather for the rationale for why they are a villain or adversary.  The ones with logical and coherent backgrounds not only make the best antagonists but they do double duty and reinforce the story by providing a satisfying obstacle for the protagonist to overcome and help inhibit the development or expansion of plot holes or shoddy storytelling.  They really are one of the most crucial characters to any anime they’re in.  And Kaiki is no exception.

END_OF_DOCUMENT_TOKEN_TO_BE_REPLACED

[C] The Money of Soul and Possibility Control – 11 (Finale)

Posted by avvesione in Anime, C The Money of Soul and Possibility Control on June 23, 2011 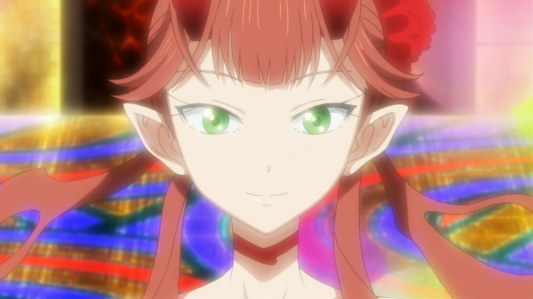 [C] The Money of Soul and Possibility Control certainly saved the best for last.  That includes animation, action, story, character development, and, well, every aspect of the anime.