END_OF_DOCUMENT_TOKEN_TO_BE_REPLACED

Have you ever been conflicted with an anime, whether you want to drop it or keep it? Of course, the situation occurs with every new anime season and happens more often than we’d like. Sure, the anime is worthwhile – either due to its comedy or interesting characters or a new concept or design… but then there’s a lot of boring elements too, like a lot of downtime or parts that irritate us. Or maybe the reason is that we just can’t keep with shows due to our busy schedules, something that I have as a recurring theme in these 12 Days of Anime posts. So what can we do if we want to watch only the good parts of an anime without all the bad parts?

END_OF_DOCUMENT_TOKEN_TO_BE_REPLACED 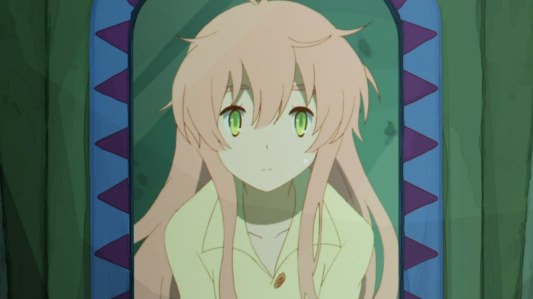 Already a charming blend of a near-apocalyptic dystopia calmly transitioning to a fantasy realm emphasizing enchantments and miracles, Jinrui wa Suitai Shimashita (Humanity Has Declined) claims a refreshingly distinctive setting for which to launch its story.  The plot is particularly unique, too, pertaining to mankind’s struggle to sustain itself in an environment of scarcity, disorder, and those adorable, little fairies.  But perhaps the most groundbreaking and uplifting aspect of this anime is the main character; a young, pink-haired, incredibly-moe maiden.  And while that sounds like another exhausted and overused stereotype for a character, it is her personality and behavior that prove to be innovative, encouraging, and delightful, helping create a mood, personality, and identity for which the anime to use as it continues on its remarkable journey.