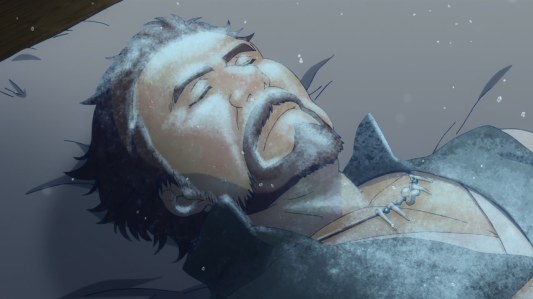 Unlike most timeskips, where characters and events age the same as time progresses, Nagi no Asukara had a split aging effect that completely and fundamentally altered the dynamic between characters. For those who were trapped in the ice in the underwater village, Shioshishio, the characters did not even age a day between episodes 13 and 14. However, for those ashore or in Oshiooshi, the sleepy seaside community, the characters aged 5 years. This meant that the core quartet of characters was now split between their ages with Chisaki now 5 years older than her other friends. It also meant that the romantic interest of Manaka, the enigmatic Tsumugu, was now 5 years older, too. And let’s not mention that that’s 5 years more spent with Chisaki than with Manaka, Hikari or Kaname. And then there’s the two troublemakers, elementary-schoolers Sayu and Miuna, who were able to catch-up in age and maturity to the trio of frozen-fishies, further entangling the complex web of romance even more. Usually, when a timeskip in an anime happens, it’s the entire cast that changes, or at the very most, one character who stays the same age while the world changes around them. But no, for Nagi no Asukara, it was the entire dynamic of every character, even going so far as to fragment the relationships of the four best friends who were forced to commute to land to go to school. And even if that is all that happened in the timeskip, I believe Nagi no Asukara would still remain as one of my favorite timeskips of all-time. However, the transitions between episodes 13 and 14 were much more than just shattering relationships and aging characters differently.

Timeskips often involve changing the setting depending on the events that preceded the timeskip. Perhaps one of the most notable would be Tengen Toppa Gurren Lagann, where society and humanity were profoundly changed between the two halves. Another would be JoJo’s Bizarre Adventure, where the world ages 100 years between Phantom Blood (Part 1) and Stardust Crusaders (Part 3). While the transformation of the setting in Nagi no Asukara is nowhere near as profound, it did provide a dramatic shift in the environments, the societies, and the purpose between the two halves. Nagi no Asukara was magnificent in how it showed the dichotomy and contrast between Shioshishio and Oshiooshi in the first half, with the two sides in eternal conflict over just about everything, from fishing rights to social services to even clear examples of racism. However, when the barrier arose, locking the fish-people of Shioshishio into a lengthy hibernation, effectively preventing characters from going between the two towns, it had a profound effect on how Oshiooshi changed in those 5 years. Perhaps the most significant is how the citizens on land changed their attitude toward Shioshishio, and how they transitioned from being in conflict with Shioshishio to seeking an answer about how to save their neighbors and return to a healthy, friendly coexistence. And of course, you can’t mention the timeskip in Nagi no Asukara without mentioning the endless winter that plagued the town. While the first half of Nagi no Asukara had a pleasant, sunny summertime feel, the latter half was defined by the constant presence of snow and ice. If the character dynamic, the age of the characters and the change in attitude between the societies weren’t enough, why not also have a visual change, where the two halves are the two most opposing seasons? Yes, the change in the physical environment was the first and most notable change for the timeskip in Nagi no Asukara, and it held an ulterior meaning which was alluded to earlier: the heated conflict was during the sweltering summer and the solitude, loneliness and seeking comfort were set in a harsh winter. For someone who adores and appreciates settings, I must say that I was amazed and euphoric when the timeskip happened.

Lastly, it’s worth mentioning how plot of Nagi no Asukara reformed as a result of the timeskip. While the first half of the series focused on the duality of Manaka, Hikari, Chisaki and Kaname, as they were forced to live between the two conflicting communities, the second half narrated the story of how those four would work to return their home back to normal. Of course, some might argue that the romance was the main storyline of Nagi no Asukara, and that two was predominantly different between the two parts of this anime. The delicate and intricate web that was constructed in the first half was transformed when new connects were added, relationships evolved and weights were changed between every string for every character. It was a massive upheaval that virtually redrew our initial pairings as matchmakers with new ideas for who characters should be with which… well, you probably already know what happens in romances where romances are as complicated as this. Still, it doesn’t change the fact that the plot between the first-half and second-half were very, very different. 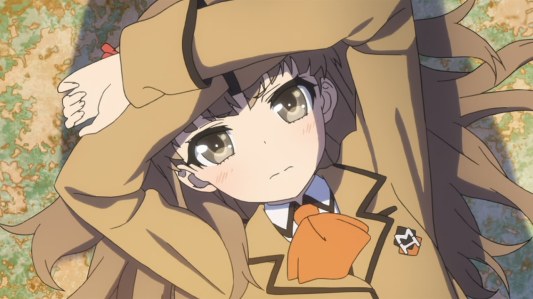 With all these factors in mind, there is no wonder why the timeskip in Nagi no Asukara is one of my favorite timeskips of all-time. The way it was able to completely change the setting and the plot of the anime were brilliant, with how the two halves of the series complemented each other. However, it was the unique handling of the characters and how they transformed over the timeskip that elevated it to where it is today and why you’re reading about it right now. The way the series transformed its cast, its setting and its story are why I admire timeskips so much in anime. And while there are many other notable timeskips that have occurred in previous years for previous anime, Nagi no Asukara developed one that featured distinctive elements that I have never seen before. As a result, Nagi no Asukara earns a spot within my 12 Days of Anime for 2014 as one of my favorite timeskips of all-time.

This entry was posted on December 17, 2014, 11:55 PM and is filed under 12 Days of Anime, Anime. You can follow any responses to this entry through RSS 2.0. You can leave a response, or trackback from your own site.