For Week 3: gushing about the setting of Shouwa Genroku Rakugo Shinjuu, questioning Satoru’s treatment of Hiromi in Boku Dake ga Inai Machi, a personality shift with a positive cause in Dimension W, and highlighting the brilliant animation in Kono Subarashii Sekai ni Shukufuku wo!

Anime trending down this week: Utawarerumono: Itsuwari no Kamen 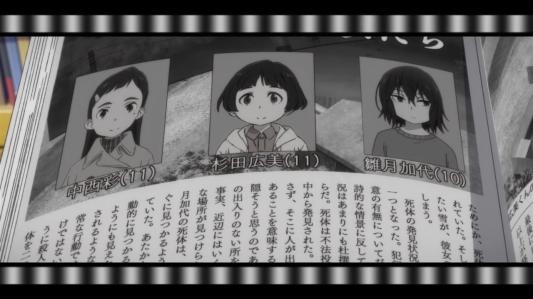 I don’t find it odd that Satoru is completely devoted to saving Kayo, especially with how guilty he feels about her death to the present day, but I am downright perplexed that he doesn’t seem to mention anything about wanting to save Hiromi. After witnessing his relationship with Hiromi at school and learning about his death in relation to the serial kidnappings in 1988, I find it strange that Satoru doesn’t remember Hiromi more than Kayo. From my perspective, I’m curious as to why Satoru doesn’t focus on Hiromi more considering his established relationship with him and the fact that he is one of the victims, too. Then again, Boku Dake ga Inai Machi will address it eventually considering that it brought it up already, so I’m curious to see what Satoru does in order to prevent Hiromi’s death in the past. 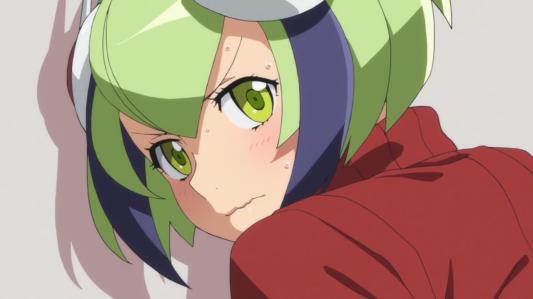 Is it just me or have we seen a dramatic shift in personality for Mira? Given what we saw in the first episode, I figured Mira would be a rather serious and tragic character, what with the circumstances of her father’s death and relationship with Kyouma. But… those are distant memories now with the third episode showing Mira as a playful, young girl who seems to be the butt of jokes more often than not. And would you have expected to have a scene where Kyouma walks in on her while she’s on the toilet after the first episode? It feels like a bait-and-switch to me, but it might be for the best considering that Kyouma is always miserable and cheerless. Too much of that emotion would have anchored Dimension W down, so it’s for the best that Mira has evolved and become the sunshine in Dimension W.

The chances are high that every new person you meet on the streets of Ikebukuro is stronger than the last. I mean, it seems like every new character they introduce in Durarara!!x2 is stronger than the last, and the fighters that we expected to be indomitable are now breakfast for whomever shows up next. Then again, that’s often how things progress, as it really isn’t much of a challenge if the new characters are wimps… but it’s still remarkable given the size of the cast and the number of outstanding fighters that we’ve seen since the very first episode back in 2010. Still, I’m willing to bet we haven’t seen the strongest fighter in the series yet, given that we still have at least 9 more episodes to go.

Kono Subarashii Sekai ni Shukufuku wo! is turning out to be a pretty fun anime given its setting, its characters, and the humor, but one element that has taken me by surprise has been the art and animation, especially during the attacks. The most notable example from the second episode would be Megumin’s explosive magic. Megumin’s casting of Explosion featured quite an array of colors, lighting, and special effects, giving the magic quite a powerful and exciting flair. But beyond that were Aqua’s attacks which were quite spectacular on their own, and probably would’ve been the highlights of this episode if it weren’t for Explosion. I’m really hoping the art and animation for these spells and attacks keeps up since these have been pleasant additions to an already entertaining anime.

What can I say? You know that the setting is often my favorite aspect of anime, and I absolutely adore the historical setting of Shouwa Genroku Rakugo Shinjuu, especially with it split between the present and this current flashback. Both eras thrill me given that they’re both extremely underutilized in anime, and you often don’t see prewar and postwar Japan together in a single anime. Even if the story or characters don’t pan out in Shouwa Genroku Rakugo Shinjuu, this will still be one of my favorite anime of the season based on the setting alone. And fortunately for me, the storytelling and perspective thus far have been superb.

This entry was posted on February 9, 2016, 9:46 PM and is filed under 2016 Winter, Anime. You can follow any responses to this entry through RSS 2.0. You can leave a response, or trackback from your own site.